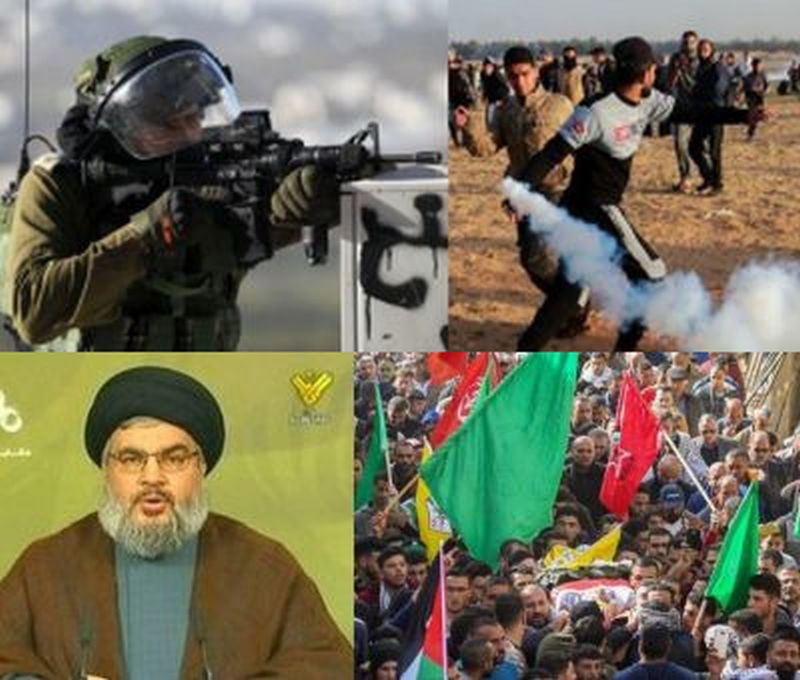 On Monday, Jan. 28, the Palestinian extremist Hamas released photos of bulldozers clearing the ground along the Gaza-Israeli border to prepare for more of the mass riots that have plagued Israeli border forces for ten months. Its spokesmen moreover announced preparations to renew the incendiary balloon and glider attacks against  Israeli border communities, as well as keeping up terrorist gang attempts to smash through the border.
By this tactic, Hamas sought to show up as wasted effort Prime Minister Binyamin Netanyahu’s deal for channeling Qatar’s Gaza funding to humanitarian needs rather than the Hamas payroll. The Palestinian terrorists had managed to outmaneuver this deal. Hamas now controls the Qatari allocations, while retaining the option for escalating its cross-border attacks, in breach of its ceasefire bargain with Qatar. Indeed, there is nothing to stop Hamas from reverting to rocket attacks at any time it chooses. Hamas therefore holds a strong lever for disrupting the Likud and Netanyahu’s campaign for re-election by exercising its initiative for generating violence.

Hizballah chief Hassan Nasrallah also laid claim to this lever when on Saturday, Jan. 26 he finally broke his silence over Israel’s November operation to destroy his cross-border tunnels. The Israeli minister Yuval Steinitz described Nasrallah as pale and faltering in this appearance and ex-chief of staff Gady Eisenkot insisted that every last tunnel had been destroyed or blocked.  But the fact remains that the IDF cannot know absolutely that there are no tunnels left. And, moreover, there was no Israeli response to the key element in the Hizballah chief’s long harangue: an explicit threat to use his new precise missiles, stressing that he has enough of them, if he so decides, to strike every target in Israel. Nasrallah went on to arrogantly confirmed as true the allegations by Netanyahu and Eisenkot. that Hizballah had a scheme for  capturing parts of Galilee.

Tehran is also aware that Netanyahu and his party are fighting an election and is checking to see if threats can do some damage. On Sunday, Maj. Gen. Mohammad Bagheri, IRGC commander and Chief of Staff of Iran’s Armed Forces, threatened to switch from its “defense policy to offensive tactics” if its national interests came under threat. “We will attack first if we feel or see evidence that Iran may be under attack,” he said.

An effort to spark a major headline-grabbing outbreaks to coincide with the election campaign was staged on Saturday in another combustible sector: Judea and Samaria. It led to a Palestinian death in the village of Mughayyer near Ramallah, which is also next door to the Israeli outpost of Adel Ad. The two clashed after an attempt to ambush of a settler. He survived what he was sure was a Palestinian kidnapping attempt with a stabbed arm and injuries from blows. A police probe seeks to establish who fired the fatal shot after the incident descended into mob violence.

20 thoughts on “Iran, Hizballah, Hamas use threats of escalation to meddle in Israel’s election”