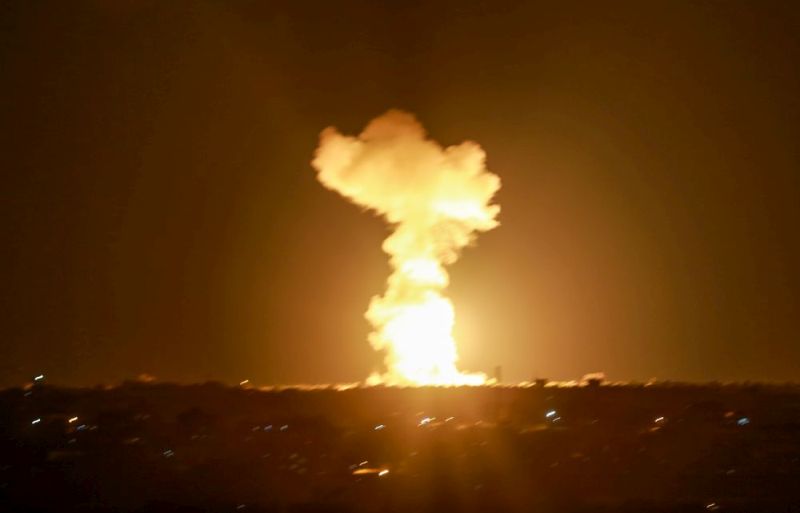 When they happened to meet face to face at the presidential lunch at Elysee Palace on Sunday, Oct. 11, Prime Minister Binyamin Netanyahu tried to set matters right with President Vladimir Putin. Relations had been in deep freeze since the Russian Il-20 was downed on Sept. 17. Netanyahu explained that Israel had nothing to do with the crash and the last thing he wanted was to undercut the prestige which Putin attached to his successful military intervention in Syria.

However, DEBKA Weekly’s sources disclose, the Russian president spurned Netanyahu’s explanation and pushed back with a blunt attack on Israel’s policy. He said that Israel could not hope to influence what was happening in Syria without reaching understandings, at least under the counter, with Turkey, Iran and Hizballah. Exclusive reliance on its military prowess – albeit with limited backing from the US – would only end in an impasse. Netanyahu’s overtures for a thaw in the Russian president’s attitude and a return to their face-to-face conversations were firmly rejected.

On Thursday, Nov. 15, confirmed this, when he said, in answer to a question, that he does not intend to meet with Prime Minister Netanyahu in the near future. He was quoted by the Russian Embassy in Israel.

The strong potential of a clash with Russian S-300 air defense systems now stares Netanyahu in the face when the Israeli air force resumes operations over Syria. This may happen ahead of the Putin-Trump summit taking place on Nov. 26-30 on the sidelines of the G20 summit in Argentina.

But before that encounter, Netanyahu tried to deal with another challenge on Israel’s northern border. When President Emmanuel Macron’s political adviser Aurelien Lechavillier, arrived in Jerusalem on Nov. 5, the prime minister asked him to carry this ultimatum to Beirut: Shut down the plants upgrading Hizballah’s surface missiles with newly-supplied Iranian precision-guidance munitions, or else Israel will destroy them. Iran has set up similar factories in Syria. An Israeli operation to destroy these workshops in Lebanon would almost certainly encompass Syria.

Israel would need to muster its air force, special operations units and missiles for this mission. Even then, it would be a tall order, since Iran has organized production in small, widely-distributed workshops to evade detection and attack.

Israel’s message was handed to Lebanese President Michel Aoun. The next day, Israel had its answer: It came from Israel’s inflammable Gaza Strip backyard. Iran’s Middle East commander, Al Qods chief Gen. Qassem Soleimani, had directed the Palestinian terrorist groups, Hamas and Islamic Jihad, to set southern Israel on fire with a massive rocket barrage, egged on by their ally, Hizballah. A minor IDF covert intelligence reconnaissance mission, uncovered by Hamas on Saturday night, Nov.10, 3km inside the Gaza Strip, served as the starter. The Israeli troops had to be extricated through a corridor to the border cleared by large-scale Israeli air cover. They suffered two casualties, a lieutenant colonel was killed and a captain seriously injured. Seven members of Hamas’ armed wing, the Ezz-e Din al-Qassam, were killed, including a battalion commander.

This incident gave Tehran and Hizballah its golden opportunity to torpedo the Israeli ultimatum to Beirut. The next day, at 4:30 p.m., the Palestinians slammed hundreds of rockets and mortar shells into the towns and villages of southern Israel, constantly threatening to widen their radius to other parts of the country. A majority were intercepted by Iron Dome, but there were also direct hits to civilian homes and scores of casualties.

Tehran’s Gaza escalation ploy successfully defused the Israeli threat to destroy the weapons workshops in Lebanon – for the time being. Netanyahu is meanwhile struggling with a political crisis after the resignation of his defense minister Avigdor Lieberman. Still pending is the prospect of an Israeli-Russian clash in Syria.