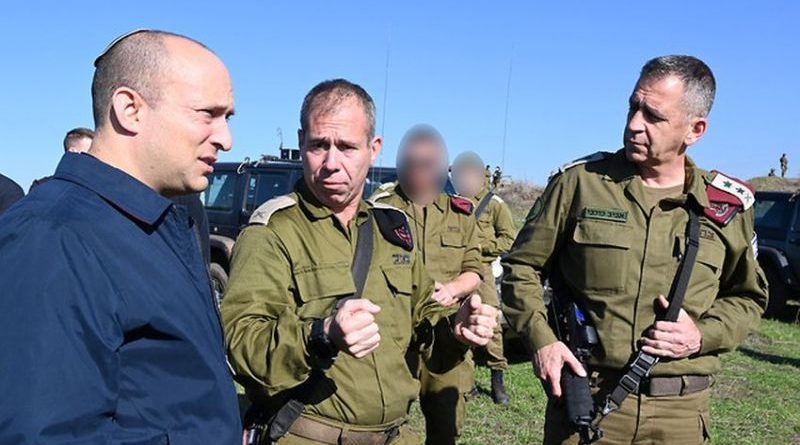 Iran and its loyal militias, including Hizballah, continue to withdraw their troops from Syria, bringing their numbers down to the lowest level in five years. On the run from constant Israel air assaults, no more than 1,800 Iranian and pro-Iranian soldiers remain in the country plus around 1,000 Hizballah officers and men.

Israel and its army chiefs should be celebrating this feat were it not for two major drawbacks:

1. While sending many troops home, Iran is building up a stock of medium-range ballistic missiles in Syria, most of Fateh-110 and Zelzal-5 types. Even while their bases were battered by Israel’s air force, the Iranians were able to fit precision guidance GPS kits on 50pc of those missiles. They were delivered by Iran’s Mahan Airline, which Washington recently sanctioned for its role in transporting illegal weapons to Syria and Lebanon.

2. Hizballah’s forces remain ominously close. Some 7,500 trained militants, hardened by years of combat in Syria, have been transferred to South Lebanon and are sitting on the border with Israel. This is more worrying than their buildup in Syria in the service of Iran.

Israel’s caretaker defense minister Naftali Bennett was therefore wide of the mark when on Wednesday, Dec. 18 he repeated a former comment. Iran would “find its Vietnam in Syria and sink under its dunes, as we step up the pressure,” he said. The new minister was inspecting a military exercise on the Golan of armored, infantry, combat engineering and air force contingents, accompanied and briefed by IDF Chief of Staff Lt. Gen. Aviv Kochavi and OC Northern command Maj. Gen. Amir Barham.

The day before, IDF units conducted an exercise in the Lebanese sector of Israel’s northern border. They practiced throwing back Hizballah forces which had crossed over for the purpose of capturing small Israeli locations.

The Vietnam experience is certainly not relevant for Iran’s operation in Syria, which falls more aptly under a different heading: a contest of tenacity between Tehran and the IDF. Iran is determined to set up military jumping-off bases in Syria for future assaults on Israel, while the IDF is equally determined to obliterate them. Each time, an Israeli air strike razes parts of those bases, the Iranians either painstakingly repair the damage or move their infrastructure to a fresh location.

This pattern was revealed in recent weeks at the big Iranian Revolutionary Guards Al Qods complex housing Iraqi Shiite militias under their command near the eastern Syrian town of Abu Kamal. Repeated IDF raids flattened large sections of this complex, but, while still under bombardment, the wrecked structures were being raised anew.

Iran and Israel are therefore engaged in a battle of perserverance. The Iranians are not giving up on a military foothold in Syria, while Israel is just as set on destroying their infrastructure before it is operational. This battle will go on for so long as Iran has financial and other resources available to keep going and it will continue to be set back so long as Israel procures the intelligence in time to frustrate its purpose.

DEBKA Weekly’s military sources, who questioned the relevance of IDF exercises on the northern border in recent weeks, were informed about the Hizballah concentrations on the Lebanon-Israel border. Those exercises were designed to provide the IDF with a vantage point from which to attack Hizballah units on the Lebanese side of the border, should Iran decide to shoot missiles into Israel from Syria or Hizballah target Israeli locales for capture.