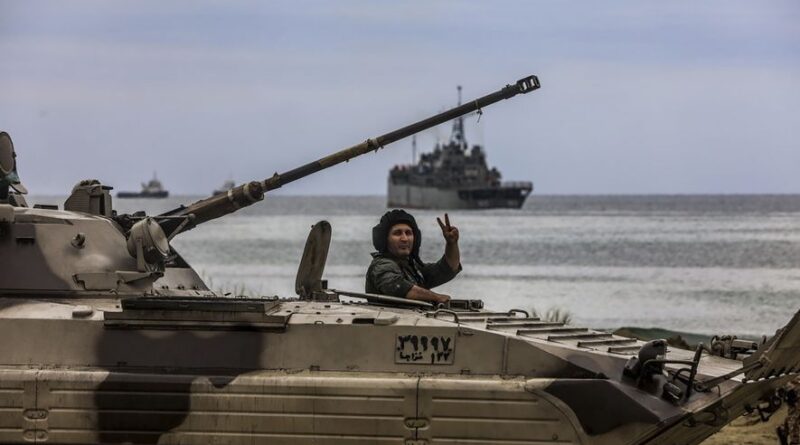 The massive drill Iran launched on Friday Dec. 30, dubbed Zolfaqar (sword of the first Shia imam, Ali) 1401, incorporating major elements of its armed forces, sprawls from its Pakistan border to the northern reaches of the Indian Ocean, accompanied by threats to three of Iran’s regional neighbors.

Spokesman Brig Gen Alireza Sheikh said the exercise kicked off with infantry and armed units as well as mechanized regiments of the Army’s Ground Force, air defense systems, subsurface, surface and flying vessels and rangers of the Navy participate. repelling an attack on its shores. They fought in cooperation with the forces stationed at the Khatam al-Anbiya Air Defense Base, which is home to drones, and cyber and electronic warfare systems. Its commander Rear Adm. Habibollah Sayyari, revealed that the participants would also practice conducting operations in special environments, including those contaminated with biological, chemical and nuclear agents, electronic warfare, and adverse weather condition

He cited the motto driving the exercise as “self-confidence, power, sustainable security to promote the combat capability of the Armed Forces.”

Another Iranian military leader, Maj. Gen. Gholamali Rashid, added a threat: He was quoted by the official IRNA as declaring, “Any country which collaborates with the Zionist regime in order to threaten Iran’s national security and provides bases and facilities for the Zionist regime will have those bases and places, as well as the origin of aggression and attacks… targeted by our armed forces.” The news agency discloses that the warning was addressed to Azerbaijan, the semi-autonomous Kurdistan in northern Iraq and the United Arab Emirates. Iran has hitherto never openly threatened those nations.