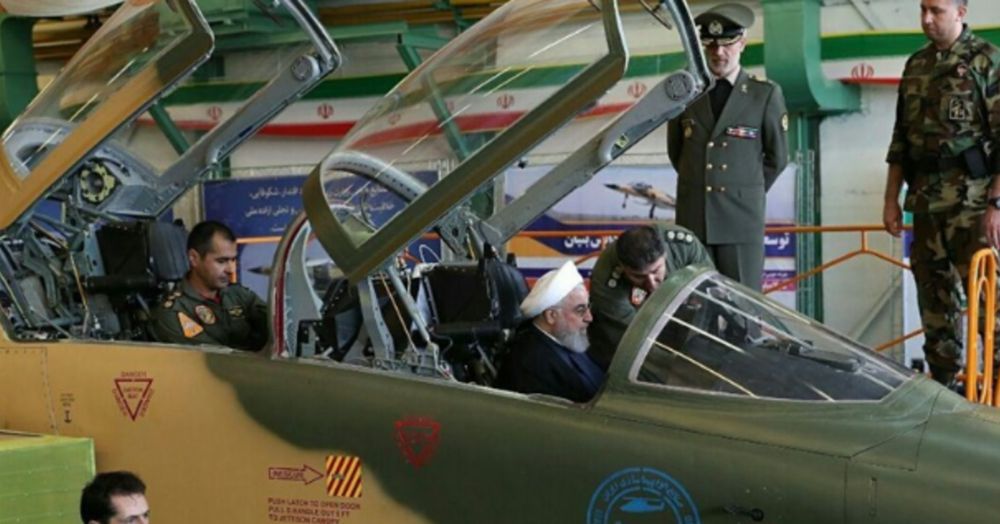 Tehran faces a choice between “its destructive behavior” or “economic disaster,” said US Secretary of State Mike Pompeo, Sunday, Nov. 4, the day before US sanctions, lifted after the 2015 nuclear deal, were re-imposed on Iran. He said he was confident that Tehran would at the end of the day accept President Donald Trump’s conditions for sanctions relief, i.e. limiting missile production and development, halting terrorism against other countries (he cited Denmark, where an Iranian assassination attempt was foiled ), withdrawing its forces from involvement in Middle East countries, like Syria, Lebanon and Yemen, and retire to behind its own borders.

The administration’s strategy is to punish Iran so severely that it’s compelled to negotiate a permanent end to its nuclear ambitions, as well as its “malign behavior” in the Middle East, he said. But the signal coming from Tehran is just the opposite, DEBKAfile’s Middle East sources report.

Pompeo dismissed the international effort for helping Iran bypass the US embargo on its oil sales and banking operations by China, Russia and the EU – the first global front ever set up to torpedo President Trump’s Iran policy. America is the big boy on the block, he stressed. Those countries can only help Iran marginally but can’t offset the penalties’ disastrous impact on Iran. None of them equal America in economic and financial clout or military might. The big corporations and banks in their countries will not give up business with the US for the sake of helping Tehran. In answer to another question, Pompeo said that in granting waivers to eight nations, Washington is trying to ensure that global oil prices don’t spike, especially in the middle of the US election season. (US midterm elections take place on Tuesday.)

The Secretary went on to say that US moves have “had an enormous impact already.” Iranian crude oil exports have been reduced by over 1 million barrels a day and will continue to fall. He added. “And the march to zero continues.” In addition, hundreds of businesses have left Iran since Trump withdrew from the nuclear deal in May, and “any European companies doing business there won’t do business with the US. Iran is no substitute for the United States.” Tehran faces a choice between “its destructive behavior” or “economic disaster,” Pompeo stressed.

The Islamic regime of Iran got this point and appears to have made its choice. On Sunday, President Hassan Rouhani inspected the production line of a new Iranian fighter plane called Kowsar, while a row of Iran’s toughest generals made public appearances with bellicose speeches. They included the Revolutionary Guards commander Gen. Mohammed Ali Jafari and Al Qods chief, Iran’s Middle East war commander, Maj. Gen. Qassem Soleimani. They declared that no one would dare to challenge Iran’s military might. The Islamic Republic’s armed forces were arrayed ready to defeat America’s forces in the Middle East, they said. Soleimani poured scorn on US forces as “outdated” and non-functional.
Tehran appears to be poised ready to fight -– that was the message sent out from Tehran on Sunday. The more the sanctions bite, the more Iran will escalate its aggression against the US and its allies.  Israel’s government and military leaders are taking Iranian retaliation for US sanctions into account before the end of the year. As a senior US ally, they believe Israel is in line for punishment whether directly from Iran or its proxies, such as the Lebanese Hizballah or the Iraqi Shiite militias. Other likely targets are Saudi Arabia and/or the UAE and their oil exports.

With these perils in mind, Israel’s armed forces spent most of October practicing various war scenarios. They included air force maneuvers and simulated raids by special operations forces in places with similar geography to that of Iran. IAF F-15 fighter jets took part in the big US-led “Clear Sky” drill over Ukraine. And last week, special operations forces practiced mountain warfare in the lofty 1,950m-tall Troodos Mountains of central Cyprus. The terrain there is much like that of central Iran where Tehran has positioned some of its nuclear and missile facilities.
On Sunday, the Israeli air force staged an impromptu drill, the “Blue and White Flag,” against enemy assaults, including stealth UAVs, which could come from only one source, Iran.

63 thoughts on “Iran on the mark for military reprisals to US sanctions. Israel conducts air, special ops drills”