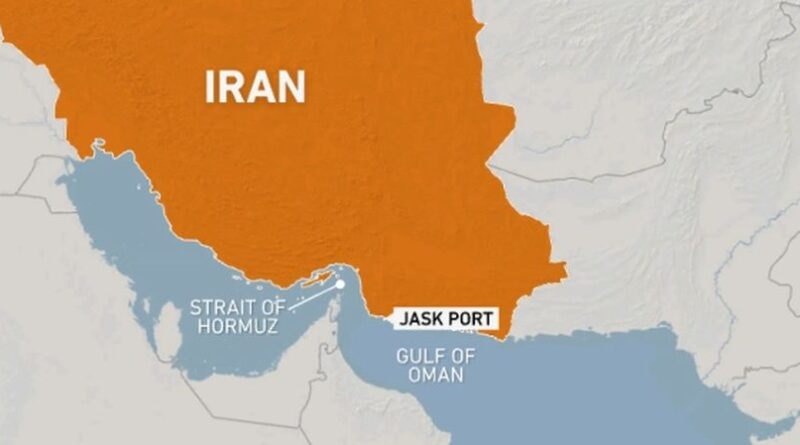 Outgoing President Hassan Rouhani opened Iran’s new Goreh-Jask port crude oil transfer project on Thursday, July 22, with the loading of the first 100,000-barrel shipment of crude for export. The new terminal on the Gulf of Oman, allows ships headed into the Arabian Sea and beyond to avoid the strategically vulnerable narrow Strait of Hormuz. It is designed to handle 350,000 barrels per day and reach one million bpd in two years.

“This is a strategic move and an important step for Iran,” Rouhani said in a televised speech on Thursday. “It will secure the continuation of our oil exports. It also shows the failure of US sanctions,” he said.

Iran has also built a 1,000km pipeline to carry its crude to the new terminal. in the southeast. Iran’s main oil export terminal is located at the port of Kharg inside the Strait of Hormuz, a waterway less than 40 km across at its narrowest point. “We had a terminal and if there was a problem, our oil exports could be cut off,” Rouhani explained.

ran produced 2.47 bpd in June, according to latest available figures from the Organization of Petroleum Exporting Countries (OPEC).

“The implementation of the Goreh-Jask port project took place with about $2 billion investment,” Iran’s Oil Minister Bijan Zanganeh, and claimed “It will win back the Iranian oil market from rival countries.”

Hormuz at the mouth of the Gulf carries about one-fifth of the world’s oil from the Middle East to markets in Asia, Europe, North America and beyond. The focus of international tension for decades, Tehran has often threatened to block Hormuz to the world’s shipping.