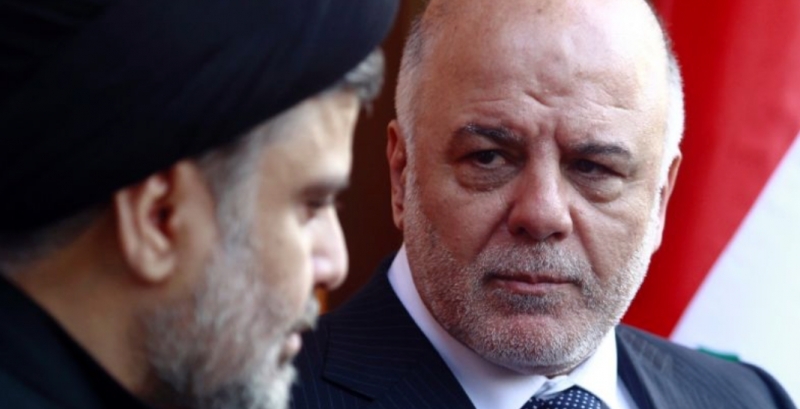 None of the pundits in or outside the Middle East foresaw Iraq’s first general election in nine years depositing the shrewd, anti-establishment Shiite cleric, Moqtada Sadr, 44, in top spot against two formidable rivals. After beating the pro-Iranian and pro-US candidates down to second and third places, this wayward cleric is in position to choose Iraq’s next prime minister and coalition government.

DEBKA Weekly reports that Washington and Tehran decided to leave nothing to chance and quickly appointed high-profile emissaries to scramble for influence with the new, enigmatic kingmaker. Both were on the spot: Brett McGurk, US Special Presidential Envoy for the Global Coalition to Counter ISIS, is stationed at CENTCOM headquarters in Baghdad; and Al Qods chief Gen. Qassem Soleimani of Iran’s Revolutionary Guards, has an office at the Iranian embassy in the Iraqi capital.

Our sources report panic in Tehran over the failure of Iran’s deeply entrenched and highly competent intelligence network to predict the outcome of the Iraqi election. The Iranians were stunned by their candidate, the Badr militia chief Hadi al-Amiri and his Fateh Shiite alliance dropping behind the Sadrist-Communist Party alliance. Soleimani was sent post-haste to save the day, after Sadr dropped another shock on Wednesday, May 16, when he approached the outgoing prime minister Haydar al-Abadi to form a new coalition government, although his Victory-Nasr party came in third.

It turned out that none of the ministerial portfolios or jobs were to be offered to proIranian candidates and so, unless Soleimani could avert the catastrophe, Iranian influence in the new Baghdad had been axed.

The US emissary’s mission – he too had mistakenly predicted a win for Abadi – was to thwart Soleimani’s efforts and persuade Sadr to build the next governing coalition on anti-Iran parties. The outcome of this contest will emerge in the coming days.

A third power took no part in these maneuverings: Russian President Vladimir Putin and his intelligence chiefs were sure of securing a position of influence in the new Baghdad on the back of the Iraqi Communist Party, a certainty denied to Washington.. Indeed, even in Najef, a world-class Shiite shrine city, a female member of the Communist party was elected to the next parliament.

How did this radical turnaround come about in Baghdad?

In the first place, the two US intelligence agencies, the CIA and the Pentagon’s DIA, like Tehran, missed the widespread popular disaffection with the established political system and the corruption prevailing in all arms of government. Secular groups and young people were also sick and tired of the interminable struggle between pro-US and pro-Iranian blocs and interests. Sadr, a popular grass-roots figure among the Shiites who vowed to fight corruption, was hailed as an outsider, an image supported by his partnership with the long-persecuted Iraqi Communists in the winning Sairoon alliance.

These currents were also missed by the Saudi agents and American officers who in the runup to the election circulated among various Iraqi voting groups and shelled out millions of dollars to buy support for the outgoing prime minister.

In addition intelligence watchers’ attention was fixed on the high drama unfolding during the Iraqi election campaign of the US-British-French attack on Bashar Assad’s chemical sites; Israeli air strikes on Iranian military assets in Syria; Donald Trump’s withdrawal from the Iran nuclear deal; and Israeli Prime Minister Binyamin Netanyahu’s revelation of the secret Iranian Atomic Archive stolen by the Mossad.

Their fixation on the confrontation with Iran shunted Iraq aside as a side issue, leaving the election wide open for the unexpected. Moscow was able to climb unnoticed into a key position of influence in Baghdad and make a comeback 15 years after the Russian embassy and spies were pulled out ahead of the US invasion that toppled Saddam Hussein.

The door was opened by the wily, chameleon-like Shiite cleric Moqtadar Sadr, who capitalized on the preoccupation of his rivals, the prime minister’s pro-American Nasr coalition and the pro-Iranian Badr militia leader Hadi Al-Amiri, with their personal duel and inattention to the popular disillusion. Lacking a professional political party machine for bringing in voters, Sadr attached his popular movement of millions of followers and distinguished religious forbears to the small Iraqi Communist party, whose underground political network in all corners of Iraq had survived persecution, jail and executions at the hands of Saddam Hussein. Its activists were also plentifully supplied with funds from Moscow.

The Kremlin quickly grasped the opening and decided to gamble on the maverick Sadr scooping the election with the help of the communist campaign apparatus.The combination was a winner. However, a changeable career makes Sadr an unpredictable force, both as the powerhouse in Baghdad and as a leading light in the religious world of Shiite Islam. But change is clearly indicated. The new ministers will be less interested in what Tehran has to say and the Syrian crisis and more concerned with the allocation of oil concessions to international oil companies, a subject that is close to Putin’s heart. Iraq needs more than $80 billion to fix the damage wrought by the Islamic State in totally ravaged areas of the country. The massive investment required for Iraq’s recovery is beyond the means of Moscow and will be sought in other quarters. This could provide Washington with an opening for business relations with Baghdad.