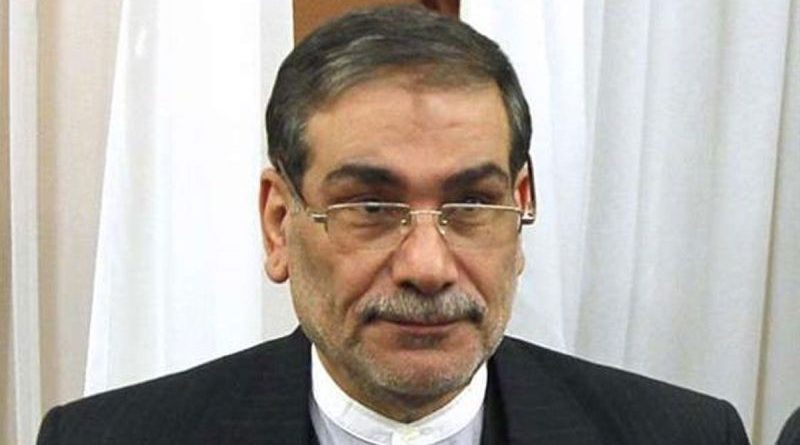 Undeterred by ranking as a leading hotbed of the world’s coronavirus plague, Iran’s Islamic regime is pursuing the targets of its Shiite revolution without pause. Adm. Ali Shamkhani, Secretary of Iran’s Supreme National Security Council, was chosen to pick up the reins after the US assassinated Al Qods Brigades chief Qassem Soleimani on Jan. 3 – and told to forge ahead. Hussein Kawtharani was tapped as his sidekick by the Lebanese Hizballah leader Hassan Nasrallah (as DEBKA Weekly 877 first revealed on Jan. 17) for hands-on coordination with the mixed Shiite militias deployed by Tehran in Syria and Iraq.

The changing of the guard also marked a change in priorities. The new faces are not daunted by the 147 Iranians dying each day from covid-19 (including a dozen VIPs) and more than 17,000 infected, due to the regime’s ineptitude in face of the crisis. (See a separate item.)

The dying strains of Soleimani’s five-year opus of military strength-building for the aggressive ouster of US forces from Iraq, Syria and the Gulf, resounded in the last two weeks as pro-Iranian militias and US forces in Iraq dueled with rockets and missiles. However, since the second half of February, Shamkhani has quietly shifted the Shiite power’s thrust away from Baghdad and Damascus and over to Kabul. Hence, as US troops were preparing to decamp from the longest war in American history, Tehran was perfecting a deal with Taliban, capping years of anti-US collaboration, to implant a substantial pro-Iranian Shiite Afghan component in the Taliban army for its victory march on Kabul after the US withdrawal.

Some of those Shiites boast a former record of proxy service for Tehran. The Fatemiyoun Brigade militia fought in past Syrian battles under Iranian command to save Bashar Assad. Its exact size is unknown, although intelligence sources estimate a total of 35,000-50,000 men under arms.

Shamkhani’s second priority, already in motion, was a renewed assault on Yemen (more about which in a separate issue), before turning back to Iraq followed by Syria.

The Iranian strategist aimed to strike while the iron is hot. Not only will the coming US withdrawal from Afghanistan leave a vacuum in Kabul, but there is also a gap in the Trump administration’s resolve that is ripe for exploiting. The US military is at odds with President Donald Trump’s aspiration to pull US troops out of Syria and Iraq and is pushing hard to bolster American forces in both these Middle East arenas.

With regard to Iraq and Syria, DEBKA Weekly sources report that Shamkhani bought into the strategy advanced by Nasrallah’s protege when they met secretly in Tehran in the last week of February. Kawtharani advised activating small fighting groups of commandos, in separate frameworks from the main Shiite militia bodies, for hit-and-run strikes on US forces. When no party owns up to attacks, US reprisals against the militias tend to be less focused.

The first instance of this tactic surfaced in Iraq, when the hitherto unknown “Revolutionary League” (Usbat al-Thairen) took responsibility for the latest round of rocket attacks on the American air base at Taji near Baghdad. Kawtharani also sold to the Iranian strategist the need to remove all the commanders of all the Shiite militias out of harm’s way from Iraq. Our sources report not a single commander was to be found as of last week in either Iraq or Syria; they had all been whisked off to Tehran and Beirut by Iranian intelligence. Some took their families along; others their close aides.

To meet Iran’s new hit-and-run shadow strategy, CENTCOM chief Gen. Kenneth McKenzie has just ordered US troops pulled from the smaller bases in Iraq to the big facilities where they would be less vulnerable, after Iranian-backed Shiite militias were blamed for the attacks in the past two weeks on the US base at Taji. In those attacks, two American and one British soldier lost their lives and more than a dozen were injured.

A US defense official said that gathering all US forces in the large bases in Iraq will make it “a little bit simpler” to protect them and help “marshal our resources at the right place at the right time.”

In line with this redeployment, US forces were evacuated on Tuesday, March 17, from the Al-Qaim base on the Iraq-Syria border. The Qayyarah Airfield West near Mosul and K-1 near Kirkuk are next.

DEBKA Weekly adds this rider: The evacuation of Al Qaim brings to an end the joint US-Israeli operation for blocking the main crossing point into Syria for the transit of Iranian forces and their proxy militias. Since the base’s handover to the Iraqi army, this movement can only be disrupted by aerial operations.