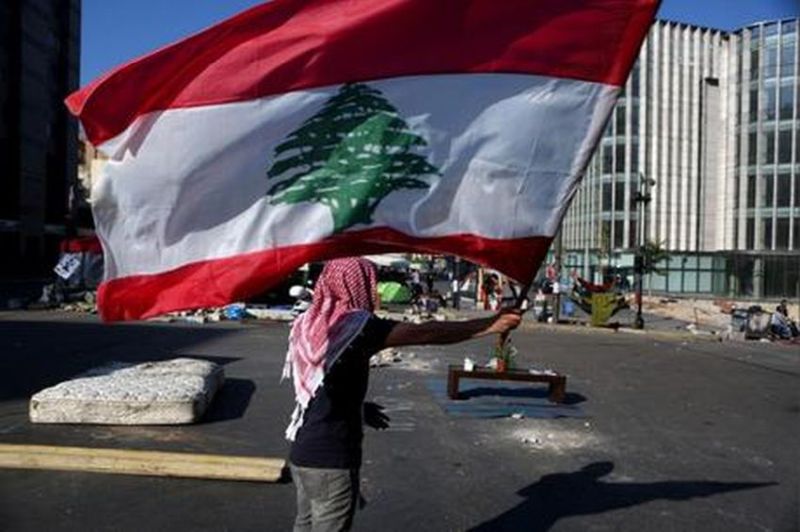 As the massive popular protests encompassing Lebanon went into their third week, their impact swelled from a local threat to Lebanon’s ruling administration to imperiling the bastions of Iranian and Hizballah power in the Middle East. The unseen damage is still more comprehensive. The loss of Iran’s and Hizballah’s sway over Beirut would bear heavily on the factional rivalries within the Islamic regime in Tehran. It would furthermore undermine its dominance in such arenas as Yemen and Iraq, where Iran depends on Hizballah’s military might and intelligence capabilities.

Both face the stark option of sending in foreign Shiite troops to crack down hard on the protesters to save their tottering centers of power in Beirut. A similar scenario is unfolding in Baghdad – and not by happenstance, as viewed in Tehran and Beirut. (See a separate item on Iraq in this issue.)

In Wednesday, Oct. 30, President Hassan Rouhani’s chief of staff Mahmoud Vaezi, bluntly accused “the US, Saudi Arabia and Israel” of “riding a wave of popular demands and providing those forces with financial support.” He followed the line opened by Hizballah’s Hassan Nasrallah on Oct. 25: “The protest movement is no longer spontaneous,” he said. “Known parties and political forces are funding it. Do not believe what the embassies say. They are claiming that they don’t want the government’s resignation. That is not important. What is, is what they do and what the CIA does. “

This Iranian/Hizballah rhetoric intended to lay the moral ground for the deployment of foreign armed forces for suppressing the wave of popular anti-government disaffection engulfing Lebanon. In the face of alleged foreign intervention by the CIA and foreign embassies, Tehran and Hizballah were more than justified in using loyal outside forces to rescue “the axis of resistance.”

As the turbulence continued to veer out of control, Iran’s top man, Supreme Leader Ayatollah Ali Khamenei weighed in on Wednesday night to accuse the US and Arab states of “inspiring” the mass protest in Lebanon and Iraq and appeal to their peoples “to retain stability in their countries.”

The outside forces summoned by Tehran were already on their way to Lebanon. DEBKA Weekly’s military and intelligence sources disclose that Al Qods chief Gen. Qassem Soleimani, supreme commander of Iran’s Middle East warfronts, had raised “storm” platoons from the ranks of allied Iraqi Shiite militias. They were instructed to inject muscle into the Hizballah troops’ ineffectual bid to hold back the rising tide of civil disobedience spreading through Lebanon’s towns.

This week, the vanguard of Asaib Ahl al-Haq or Khazali Network militiamen, clad in Hizballah uniforms, were reported crossing from Iraq into Syria on its way to Lebanon.

Soleimani is already facing hard questions in Tehran about his laggardness in spotting and addressing the early signs of serious popular unrest brewing in Lebanon. They were dismissed by his staff and intelligence agents as just another a local incident that would soon die down. Some critics also wondered how Nasrallah missed what was happening under his nose.

The operation Soleimani is launching to stop the demonstrations does not require comprehensive planning. Some infrastructure is already in place. The newly arrived Iraqi troops will find combat sectors already marked out ready for a war on Israel. They only need to turn their faces around from the south towards the scenes of massed protesters threatening to overthrow the Beirut government and Hizballah’s power centers.

After two weeks of turmoil in Lebanon, three blocks are surfacing:

1. The ruling caste led by President Michel Aoun and his kinsmen, who stay aloof from the troubles on the streets.

2. The protesters who have managed to keep their demonstrations against a corrupt government going for more than two weeks, while also standing by their non-secular national unity of purpose – hitherto unheard of in divided Lebanon. The country may yet descend into chaos or end with the protesters reverting to their ethnical-religious loyalties for self-defense.

3. Hizballah, which watches its special forces squads failing to beat back the street demonstrators as central government fall apart. Its leader Nasrallah made the fatal mistake, maybe out of panic, to stand firmly with the government targeted by the protest movement. He thus disqualified Hizballah for a role in any new administration emerging from their struggle.

The incumbent government has already fallen with Saad Hariri’s resignation as prime minister on Tuesday, Oct. 9 – with no alternative government in sight. The power vacuum has galvanized Lebanon’s diverse religious and ethnic groups and factions into hurriedly topping up their munitions, ready to defend their communities. The elements of civil war are therefore being put in place.

If it comes to armed conflict, Hizballah has the clear advantage: a paramilitary armed force unmatched by any of its rivals of 25,000 trained men, of whom 6,000 spent six years on the battlefields of Syria, as well as an arsenal provided by Iran of some 130,000 assorted rockets. No rival group has the slightest chance of prevailing over Nasrallah’s army.

Soleimani’s problem is that those 130,000 rockets are designed for war against Israel and strategic benefits in the region at large and not much use for subduing a popular protest movement. For this assignment, he must keep on importing Shiite proxies from outside Lebanon. But will that solve Tehran’s problem? Not if Lebanon follows the Syrian precedent. The pattern unfolding in Lebanon recalls the onset of Iran’s intervention to save Bashar Assad from the civil war which, too, was sparked by broad anti-regime protest demonstrations in 2011. Then, too, Tehran poured in foreign Shiite militias from Afghanistan and Pakistan. But only after Russian military intervention in 2015 did the Syrian war turn around in Assad’s favor.