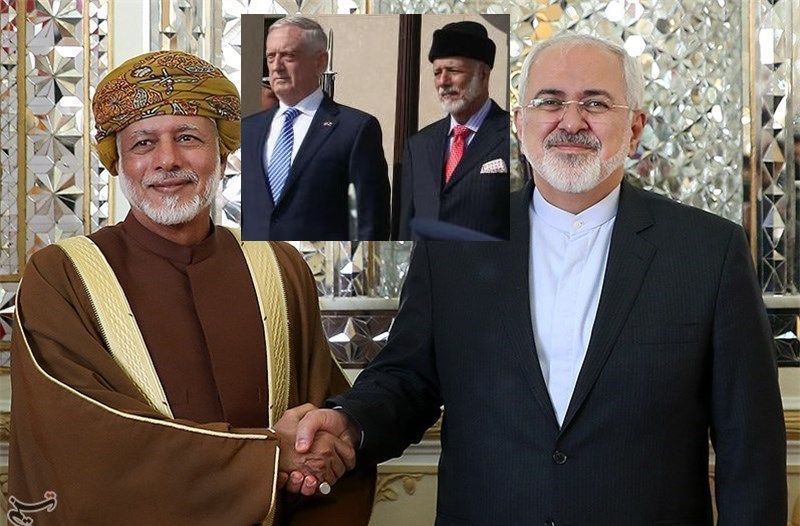 DEBKAfile Exclusive: On July 2, Iran’s supreme leader Ayatollah Ali Khamenei initiated secret inquiries into the Trump administration’s conditions for negotiating a new nuclear deal. Our exclusive sources report he was driven to look for an escape from the tough US sanctions clamped down on Iran, after his advisers warned him that the full weight of those penalties scheduled to fall in August,  plus a US ban on Iran’s oil exports in November, would bring the Tehran regime to breaking-point.
On Sunday, July 29, Foreign Minister Muhammed Javad Zarif boasted: “We have enough power to show the United States that it should abandon this addiction. We believe that the world has come to the conclusion that the US should overcome its dependence on sanctions.” The timing of Zarif’s words was telling. They were meant for the ears of US Defense Secretary James Mattis, who that day was receiving at the Pentagon the Omani Foreign Minister Yusuf bin Alawi bin Abdullah. According to Oman sources what they discussed was how to de-escalate tensions between the US and Iran.

The Omani minister had previously met with Zarif on July 2 and was able to report to Mattis that the Iranian minister had asked Oman, at Khamenei’s behest, to undertake the role of go-between with Washington. It may be recalled that, during 2012-2015, the Omanis performed on behalf of the Obama administration this same secret diplomatic mission. It led to the signing of Iran’s 2015 nuclear accord with six world powers.
Last May, President Donald Trump ditched that accord as “the worst deal every made.” But according to DEBKAfile’s sources, Trump last week gave Mattis the green light to ask the Omani foreign minister to reopen an indirect channel to Tehran, thus repeating the secret diplomacy pattern used by his predecessor for dealing with the Islamic Republic.
The exploratory steps in motion for a fresh round of nuclear negotiations between the US and Iran will be uncovered in the coming issue of DEBKA Weekly out next Friday, Aug. 3, along with its wide-ranging significance for the Middle East and Gulf regions. If your are not yet on the list of subscribers to his unique publication, click here.