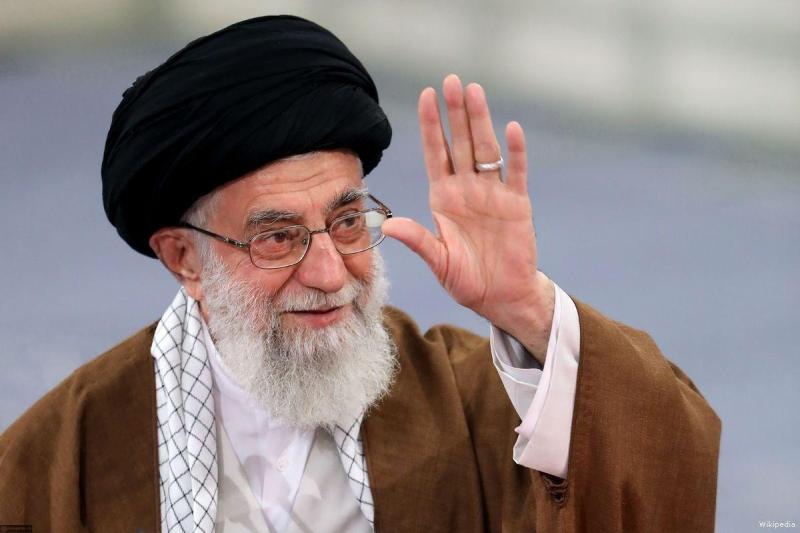 Iran’s hardline leaders, Ayatollah Ali Khamenei and Revolutionary Guards chief Gen. Ali Jaafari, are sure they can bring US President Donald Trump to the table and end sanctions, without giving up their nuclear and missile weapons capabilities. (The last DEBKA Weekly reported on Feb. 21: Iran Seeks to Bring Trump to the Table, End Sanctions by Hoisting Nuclear Threat).

They were encouraged by the US president’s relaxed comments on Monday, Feb. 25, before setting off for Hanoi for his second summit with Kim Jong-un: “We both expect a continuation of the progress made at first summit in Singapore,” but “I don’t want to rush anybody [on denuclearization]. I just don’t want testing. As long as there’s no testing, we’re happy.”

In the event, the Hanoi summit was cut short on Thursday, Feb. 28, without an agreement. However, the Khamenei-Jaafari camp in the regime leadership insists against the moderate faction’s view that Iran should scale its nuclear program up to generating a crisis with Washington and then Trump will turn to bargaining. And to defuse the crisis, he may even be more generous with concessions than Barack Obama was for obtaining the 2015 nuclear deal.

Iran and North Korea have little in common in terms of geography, faith, life style or mindset. But both are ruled by totalitarian regimes buttressed by a fanatically devoted military armed with missiles and nuclear capabilities. At the same time, both are flat broke because of Trump’s tough sanctions. The Iranian leaders are sure that that they are slick enough to bargain their way to ending US sanctions, although Kim has not so far pulled this trick off.

Most Western commentators attribute Iran’s economic straits to US sanctions. DEBKA Weekly’s sources set the record straight. Even before they landed on Tehran, the Iranian economy was staggering under the weight of corruption in high places and bad administration.

The Bushehr nuclear reactor is a case in point.

The Iranian Students News Agency (ISNA) reported on Feb. 23 that Iran’s first and only nuclear power plant in Bushehr may be shut down for lack of funds to buy fuel. The spokesman of the Atomic Energy Organization of Iran, Behrouz Kamalvandi, was quoted as saying that, due to the fall of the Iranian rial against foreign currencies… the plant may be shut down in the next year. However, he also disclosed that contractors were not paid for last year’s repairs and funding for spare parts and next year’s budget face unknown prospects. The cost of the electricity produced from fuel bought from Russia has also risen due to the falling rial.

Tehran is ultra-secretive about the Bushehr reactor’s share in covering Iran’s power consumption. Last June, Ali Akbar, head of the Atomic Energy Organization, said Iran’s current need is for 55,000 megawatts of electricity. Most experts say that is an under estimate and the true figure is closer to 75,000 megawatts. Bushehr, despite the vast investment in this nuclear reactor, has never supplied more than 2 percent of total consumption. It took nearly forty years to build and cost almost $11 billion, making it one of the most expensive reactors in the world. The program’s real cost, measured in lost foreign investment and oil revenue, is well over $100 billion.

Abysmal Russian and Iranian mismanagement in its construction only partially accounts for this colossal loss. Some of the capital allocated was diverted to parts of Iran’s nuclear and missile programs; some siphoned off by officials close to the project and tucked away in illegal foreign accounts.

As a digression from the mess in which the Islamic regime finds itself, Tehran has been playing up the “feats” of its new weapons.

On Feb. 2, Iran announced the launch of the new Hoveizeh cruise missile, a member of the Soumar family, whose 1,350km range makes all parts of Israel accessible. DEBKA Weekly’s military sources report that there is no such cruise missile.

On Feb. 4, Tehran claimed to have armed its long-range ballistic Khorramshahr missiles (2,000km range) with precicision-guidance warheads. That tale was also more fiction than fact.

Then, on Feb. 22, the Revolutionary Guards Air Force chief Brig. Gen. Amir Ali Hajizadeh, claimed his forces had hacked into the command and control systems of 6-8 US drones flying over Syria and Iraq. This claim was never corroborated

The next day, Ali Shamkhani, head of Iran’s national security council, declared: “We will soon witness a major upheaval in upgrading the deterrent power of the resistance axis in Syria.” Nothing of the kind has surfaced so far, say DEBKA Weekly’s military and intelligence sources and Tehran seems to be trying scare tactics to cover up its predicaments.