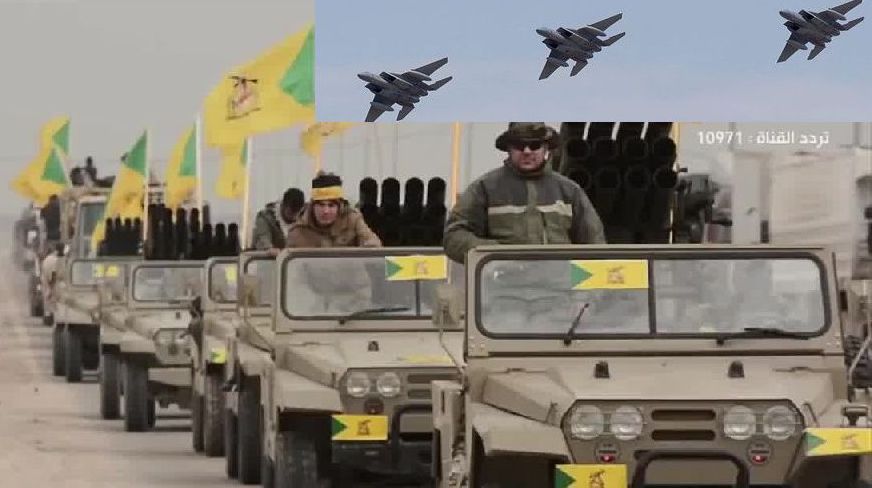 The small east Syrian town of Abu Kamal near the Iraqi border is under close US military and Israeli surveillance. DEBKAfile’s military sources report that, according to the best intelligence estimates, Iran has set up its headquarters at Abu Kamal for attacks on US forces in eastern Syria and targets inside Israel, as part of its payback for the tight US sanctions on its oil sales. Incoming data reveals the establishment of special training facilities there for the pro-Iranian forces assigned to these attacks, the presence of their command posts and the weapons arsenal building up for their use. Some of the commanders have taken over former schools, while weapons are stowed in former hospital buildings. The Iranians have also erected a communications tower in the town center for links among the various units and facilities.
Our sources also report the delivery at Abu Kamal of Iranian surface missiles – medium and short range, as well as anti-air rockets. They have been deployed at different parts of the town and in outlying villages.

The positioning of these weapons indicates that the Iranians expect American units in Syria and Iraq to attack their Abu Kamal forward headquarters together with the IDF – either preemptively or as punishment after their offensive. Hence, Prime Minister Binyamin Netanyahu’s warning on Tuesday from the F-35 squadron that these Israeli Air Force stealth warplanes can reach any point in the Middle East, not just Iran but Syria as well.
According to the information reaching DEBKAfile, Abu Kamal presently houses, in addition to Syrian and Iranian forces, five Shiite militias in the service of the Islamic Republic: Led by the Lebanese Hizballah, they are the Iraqi Hezballah and Al-Nujaba, the Afghan Al-Fatemiyoun and the Pakistani Zainebiyoun.