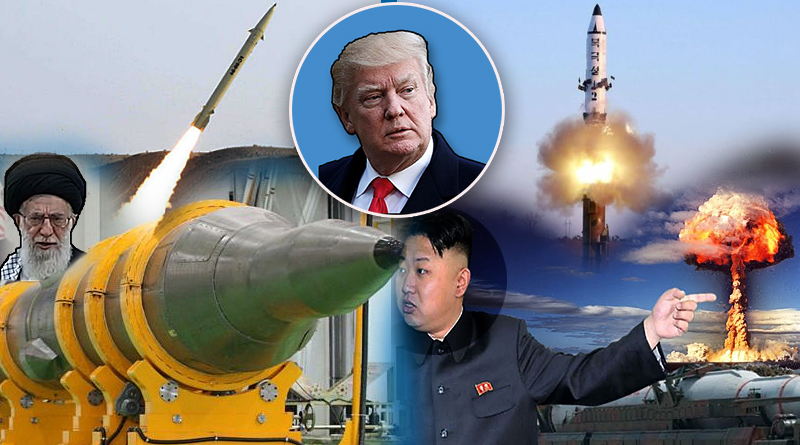 The nuclear twinning of North Korea and Iran is a long established fact. Shortly after Iran’s ballistic missile test Saturday, Sept. 23, North Korea was suspected of conducting another nuclear test. A magnitude-3.4 zero-depth quake was detected in North Korea, at roughly the same site as the shallow quake on Sept. 3 that was caused by nuclear test. China’s seismic service, says the quake is likely caused by an explosion. The service later found that it was an earthquake after all.

Two dictators, supreme leader Ayatollah Ali Khamenei and Kim Jong-il, followed by his son, Kim Jong-un, have for years used their nuclear and missile collaboration to fertilize their programs while taunting the world.

As recently as Aug. 3, a delegation from Pyongyang, led by parliament speaker Kim Yong Nam, who ranks as number 2 in the North Korean hierarchy, spent 10 days in Tehran as guests of the government. DEBKAfile reported at the time that the visitors sat down with the heads of Iran’s army, security authorities and military industry, to explore ways of expanding their military cooperation in general and their nuclear and ballistic missile programs, in particular.
The interplay between Pyongyang and Tehran came to the fore in the last 48 hours. While the Kim regime indicated on Friday, Sept. 22, that it was considering a hydrogen bomb test in the Pacific Ocean, the Islamic regime went forward the next day to conduct a test of a 2,000km range ballistic missile, which is capable of carrying multiple warheads and dropping them at any point in the Middle East, including Israel

Airspace chief, Gen. Amir Ahajizadeh of the Revolutionary Guards Corps, which runs the program, is quoted as saying that the new Khoramshahr missile “can carry several warheads for various uses.”

Translated into military terms, this means that even if American or Israeli anti-air missiles posted in the region can intercept one or two of those warheads, the rest will hit their target.
The in-flight video implanted in the Khoramshahr’s nose cone was stressed by the Iranian general because it was Tehran’s answer to Israel’s Chief of Staff, Lt. General Gady Eisenkott. He stated in his New Year message on Wednesday that the IDF is focusing on preventing Hizballah from obtaining high-precision Iranian missiles.
However, a missile carrying a video in its nose cone can be steered precisely by ground stations to hit within a few meters of target.  Therefore, even if Israel can prevent their delivery to Hizballah, those missiles can be guided to target from stations in Iran.
President Donald Trump said in Alabama Friday: “We can’t have mad men out there shooting rockets all over the place. He should have been handled long ago.”

He was referring to the North Korean dictator, but the rejoinder came the next day from Tehran: the test of the missile showcased in a military parade in Tehran Friday.
As of Saturday, the US president finds that the twin perils he faces from the two rogue regimes, dumped in his lap by his predecessors, have reached a point which can’t be addressed by trading playground insults. Threats of “total destruction” and assurances that they will be handled are beginning to sound like pretexts for Trump’s failure to confront the provocative threats posed by Kim Jong-in and Ayatollah Khamenei.
Trump has the option of trashing the nuclear deal with Iran – for better or for worse.

But Prime Minister Binyamin Netanyahu can no longer get away with strong speeches against Iran taking up an established position in Syria, or with threats that the imported pro-Iran Shiite militias fighting there “will never go home.”

Israel is too close to the line of fire to be able to passively follow the Trump administration’s lead on whether or not to react to a peril which has already reached its threshold. Jerusalem can’t continue to rely on Washington for solving its most immediate security threats without serious loss to its deterrence capacity and military credibility.