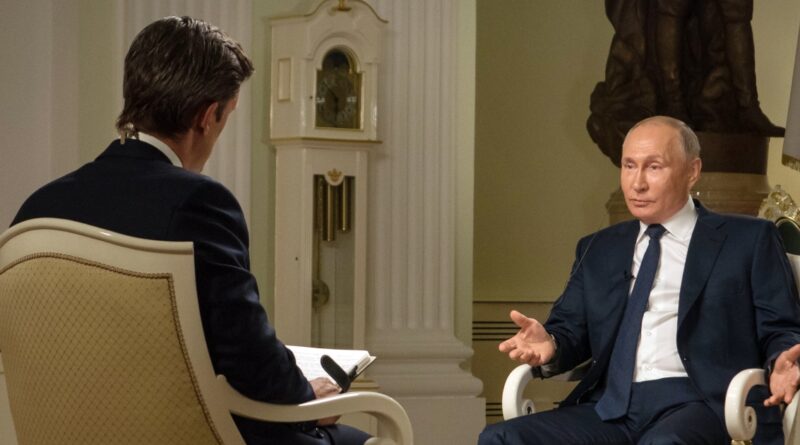 Russian President Vladimir Putin dismissed as “garbage” reported preparations to hand Iran an advanced satellite to improve its spying capabilities. In an NBC News interview on Friday, June 11 ahead of his Geneva summit with President Joe Biden, Putin said the report was “just fake news. At the very least, I don’t know anything about this kind of thing.” He added” We do have cooperation plans with Iran, including military and technical cooperation,” but insisted that that report is “garbage.”

Biden who is on his first foreign tour as president is expected to raise complaints with Putin including allegations of meddling in US elections and hacking.

The Russian president was referring to the The Washington Post report on Thursday that a Russian-made advanced Kanopus-V satellite able to track Israeli and US military targets across the Middle East will soon be in Iran’s hands. The satellite would allow “continuous monitoring of facilities ranging from Persian Gulf oil refineries and US and Israeli military bases to Iraqi barracks that house U.S. troops,” said the paper, which cited three unnamed sources – a current and a former US official and a senior Middle Eastern government official briefed on the sale.

While the Kanopus-V is marketed for civilian use, leaders of Iran’s Islamic Revolutionary Guards Corps have made several trips to Russia since 2018 to help negotiate the agreement, the Post said. Russian experts traveled to Iran this spring to help train crews who would operate the satellite from a newly built facility near Karaj west of Tehran, it added.  “This capability will allow Iran to maintain an accurate target bank, and to update that target bank within a few hours” every day, the official said. Its camera has a resolution of 1.2 meters — a significant improvement over Iran’s current capabilities, though still far short of the quality achieved by US spy satellites.”

“We have a bilateral relationship that has deteriorated to its lowest point in recent years,” Putin said, in the same NBC interview according to a translation of excerpts. He praised former president Donald Trump as “an extraordinary individual, talented individual,” and said Biden, as a career politician, was “radically different” from Trump. “You may like him or not. But he didn’t come from the US establishment,” he said of Trump. Asked about Biden calling him a killer in an interview in March, the Russia leader in said he had heard dozens of such accusations. “This is not something I worry about in the least.,”.