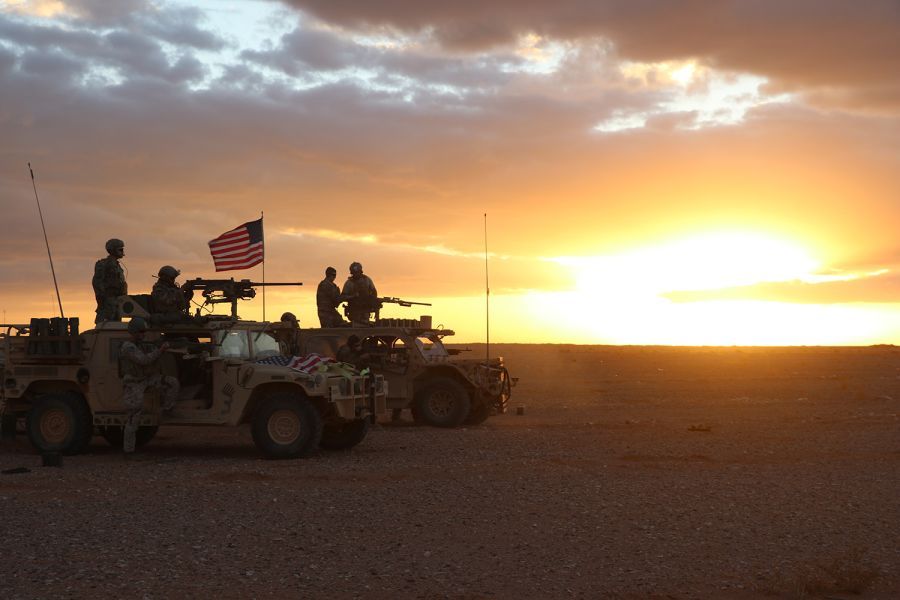 Iran’s proxy militias in Syria are being trained and armed for terrorizing US forces in eastern Syria, starting with IEDs like the bombs that bedeviled American forces in Iraq in 2004-2006. The mastermind of this campaign is Iran’s Mid East commander, Al Qods chief Gen. Qassem Soleimani. DEBKAfile’s military and intelligence sources report that US commanders in Syria were forewarned of the coming campaign after it was approved by Tehran as retaliation for the sanctions re-imposed by the Trump administration. They learned that terror squads, detached from the Iraqi and Afghan militias encamped in the eastern Syrian Deir ez-Zour province, had in the last few days completed their specialist training by Al Qods and Hizballah bomb experts. They were taught how to blow up American military installations, bridges and transportation routes and how to plant IEDs outside buildings and on the roads frequented by US military traffic.
The American commanders were also apprised by intelligence informants that Iran was sending large quantities of IEDs via Iraq for the use of the newly-trained terror squads. They are a new type of device, compared to the IEDs used in Iraq, with a more powerful bang and the capacity to disable the armored vehicles used by US forces in eastern Syria.
The US army, for its part, is reported by our sources to have rushed another 500 Marines to the big Al Tanf garrison, which straddles the borders of Syria, Jordan and Iraq, for boosting the security of US troops in the region. They are augmented by 1,700 members of the Syrian Democratic Force (SDF) which operates under US command.

It is estimated that Al Tanf will be the first target of attack as soon as Tehran gives the green light for the campaign to start, because it is set in desert terrain where terrorist squads can move at speed. If Iran pulls this initial operation off, it will be extended to other US military locations – in all, at least 12 ground bases and another four air bases in northeastern Syria. They range from Manbij up near the Turkish border up to Al-Hasakeh, the hub of the pro-American Kurdish YPG militia’s political and command headquarters in northern Syria.

In the second half of the month, the United States launched a large-scale air and naval exercise based on the USS Harry S. Truman Carrier and its strike group of five warships, which are present opposite the Syrian shore, as well as US air bases in the Persian Gulf. (See an earlier DEBKAfile article on US flights around the clock over Syria.) British, Israeli and French air contingents have joined the exercise. The French Dupuy de Lome spy ship has also reached Syrian waters and is coordinating its operations with the USS Truman.
Our military sources say that by these moves, Washington is notifying Tehran that the moment US forces come under attack in Syria, America and its allies will strike back at the foundations of the Iranian presence in Syria.

43 thoughts on “Iran trains squads for terrorizing US forces in Syria. US air/naval buildup for striking back”