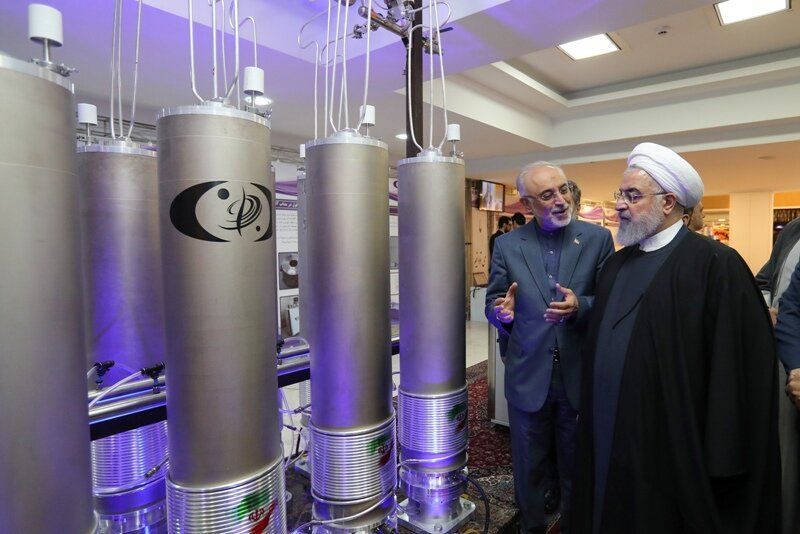 Step by step, Iran is making good on its threat to peel away its commitments under the 2015 nuclear accord known as the JCPOA (Joint Comprehensive Plan of Action), in response to Europe’s failure to compensate the Islamic Republic for US sanctions on its oil exports.

This week, Ali Akbar Salehi, Iran’s Atomic Energy Organization Director, announced that a set of 30 advanced IR-6 centrifuges and a new part of the heavy water reactor at Arak would be put to work in the next two to three weeks.

Both these steps violate the JCPOA that Iran signed with six world powers in 2015 which the Trump administration quit in May last year. Iran was bound not to employ more than 30 IR-6 centrifuges for speeding up uranium enrichment before 2023. On Tuesday, Salehi announced in an interview to Iran’s state TV that Iran’s nuclear program had “returned to the pre-JCPOA situation” after increasing the production of low, 3.5pc enriched uranium to 5-6 kilograms a day.

Iran has already exceeded the 3.67pc enrichment grade and the 300kg stockpile of enriched uranium permitted under the nuclear deal. It has also started using faster centrifuges which enrich uranium to a higher level, closer to weapons grade. The IAEA inspectors confirmed in September that “Iran has installed or is installing 22 IR-4, one IR-5 and 30 IR-6 centrifuges.”

Tehran is threatening to take the next step for stripping down its commitments to the nuclear deal by Nov. 6. Asked what this would consist of, Salehi told reporters in Tehran “It is too early to talk about this.” He made it clear that the decision would come from over his head, adding “We are ready to implement any decision that may be taken in this regard.”