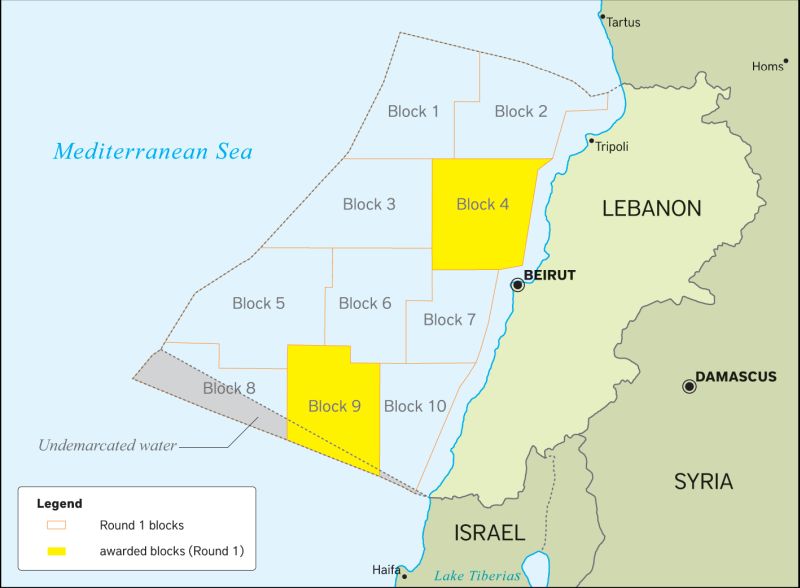 The talks set up by the authoritative US diplomat David Satterfield for demarcating the oil- gas-rich eastern Mediterranean waters between Israel and Lebanon were close to success. That is until this week, when Lebanese President Michel Aoun abruptly put his foot down and insisted that an accord on the maritime boundary be contingent on a parallel deal for marking out the land border in the disputed Hermon-Shebaa Farms region. *

The breakdown of a mutually beneficial plan represents a major setback for a key US-Israeli strategic plan:

1. The Satterfield maritime demarcation initiative was rooted in a multistage US-Israeli plan developed by Prime Minister Binyamin Netanyahu and Secretary of State Mike Pompeo for ultimately driving a wedge between Hizballah and its Iranian patron. Israel’s first role was to block Hizballah’s secret tunnels under the Lebanese-Israel border by Operation Northern Shield (from Dec. 4, 2018 to Jan.13 2019), while completing the security fence along their common border. Those projects were to clear Hizballah out of the way for the Lebanese government to sign a maritime demarcation accord with Israel and start drilling for gas and oil in its assigned patch of Mediterranean next door to Israel’s. Hizballah was to receive a portion of this energy revenue. This would lift the organization out of the financial troubles it suffers since Iran, under US sanctions, cut its annual $1 billion allowance by half. By letting the maritime deal go through without demur and enjoying its benefits, Hizballah was expected to start distancing itself from Tehran.

2. As early as last December, DEBKA Weekly predicted that this scheme was foredoomed to fail. Tehran would never permit Hizballah to stand aside and let the Israeli-Lebanese deal go through, contrary to the conviction in US and Israeli official circles that Tehran and Hizballah would bow to US economic and Israeli military pressures and let the Lebanese Shiite group partake of the energy bonanza promised by the maritime demarcation accord.

3. It turned out that, although six Hizballah tunnels were uncovered and blocked, “Northern Shield,” missed its mark. Hizballah’s military capabilities for invading Israel remained undented; the units assigned to spearheading this invasion are in good fighting trim; the Iraqi Shiite militia, segments of which serve Iran’s interests in Syria, is poised ready to jump over on a signal from Tehran. The Christian president Gen. Aoun’s friendship for Hizballah and its leader Hassan Nasrallah remained as firm as ever. He was ready to sacrifice his country’s strong interest in developing an offshore energy field for the sake of his ties with Hizballah.

4. Neither sanctions nor financial straits swayed Iran or Hizballah from their determination to upend the US-Israel-Lebanese maritime deal because they saw this step as one of the battles in their comprehensive campaign of resistance to America.

5. The string of sabotage attacks on Gulf targets engineered by Tehran from May 12 cast heavy clouds over the region and generated a tense climate that was hardly conducive to Iran welcoming the opening of a US- Israel-Lebanese track that may be worth preserving for potential use in the future. The struggle between Donald Trump’s administration and the ayatollahs regime led by supreme leader Ayatollah Ali Khamenei had developed to the point that neither will give an inch – whether on the US “maximum pressure” campaign or on Hizballah’s Iranian-backed program of belligerence.

6. The related initiative for bringing Russia aboard also went off the rails. A tradeoff deal was on the table when the American, Russian and Israeli national security advisers met in Jerusalem on June 24 and it was referred to the Trump-Putin summit three days later, on the sidelines of the Osaka G20. It called on Moscow to support the removal of Iranian military forces from Syria in return for which the US and Israel would recognize Bashar Assad’s regime in Damascus. This deal fell through when Russian President Vladimir Putin demanded that the US President also ease up on the harsh sanctions against Iran.

The wide-ranging assault Israel mounted on July 1 on ten Iranian and Hizballah targets, focusing mainly on the Syrian-Lebanese border where Hizballah maintains most of its combat units, appears to have been intended more to vent frustration over the breakdown of US-Israeli-Lebanese diplomacy for a far-reaching strategic plan, than an attempt to change the situation.

7. Putin’s plan to use Israel as a channel for rapprochement with the Trump administration was likewise set back, along with Netanyahu’s hopes of the tripartite national security advisers’ forum becoming a permanent clearing house for the two big powers to resolve their differences on Middle East policy. The Trump White House declined to afford Israel this standing. In the final reckoning, the breakdown of the maritime talks with Lebanon join a long list of constructive diplomatic and economic ventures knocked down by Tehran without the US or Israel managing to defend them. * ShebaaFarms: This tiny 28-sq, km strip of land on the Lebanon-Syria-Israel border junction near the Hermon range has never been fully mapped. It was captured from Syria by Israel in the 1967 war along with the Golan, which Israel annexed in 1981. On March 25 this year, the Trump administration recognized the Golan as Israeli territory in the face of international objections. The ambiguity of the Shebaa Farms’ status was largely ignored until Israel withdrew from south Lebanon in May 2000. In June, the UN published the Blue Line to determine the borders of Israel’s withdrawal in the absence of a recognized frontier. The Shebaa Farms fell on the Israeli side of the line, a decision challenged by Lebanon and Syria. Israel says the strip is part of the Golan region and former Syrian territory and so its status will only be resolved through peace talks. The Farms are often used by Hizballah as a pretext for making war on Israel.