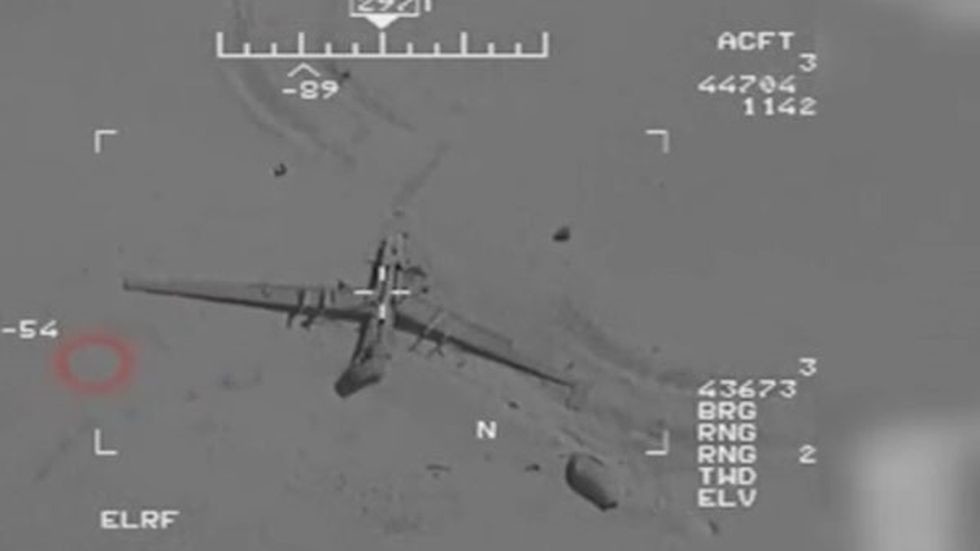 “Seven to eight drones that flew constantly over Syria and Iraq were brought under our control and their intel was monitored by us first hand,” claimed Brig. Gen. Amir Ali Hajizadeh, commander of the Iranian Guards Air Force on Friday, Feb. 22. To support the claim, the Iranian FARS agency released a three-minute video called ““one of the many proofs in support of General Hajizadeh’s remarks” with footage from several different incidents that show a US MQ-9 Reaper UAV, known also as Predator B, crash-landing after its operator apparently lost control. The Reaper is one of the larges US Air Force armed drones’ it is capable of high altitudes and speed and operated by pilot teams from a ground station in the United States or a regional US command center. The Predator Bs are in service with US forces in war arenas like Afghanistan, Syria, Iraq and Yemen. The Iranian clip shows the US drone destroyed on the ground by an airstrike to destroy its intelligence instruments. Some aviation sources date this purported incident to 2016 and report that there were no recurrences since then.

When asked about the Iranian claim, Pentagon spokeswoman Commander Rebecca Rebarich, said: “We are aware of the report and we have nothing else to add.”

The Iranian general’s claim was the first time Tehran had reported taking over the command and control of a US UAV. Eight years ago, Iran captured the top-secret US CIA RQ-170 Sentinel, bringing it down almost intact at one of its western bases on Dec. 5, 2011. DEBKAfile revealed at the time that Chinese army cyber engineers were responsible for the Iranian coup. Tehran claimed then to have controlled not just the RQ-170s command and control system but also its channels of communications to the US military satellites which bounced orders from the ground station.

US official sources have never commented on this incident. But there were repercussions. On 2014, Iran showcased Shahed 171 a new drone that was a close replica of the US Sentinel. Another Iranian drone Saeqeh also showed similar features.

On Feb. 10, 2018, Iran fired an armed Shahed 171 UAV into Israel. It flew over the Golan towards Tiberias over Beit Shean, the Gilboa and the Valley of the Springs before being shot down by Israeli fighter jets.
Tehran chose the third week of February to show off its ability to hack into the control systems of US drones for reasons unknown. Using a high-ranking IRGC general for the purpose indicates to DEBKAfile’s military sources that Iran is building up towards a military engagement with American or Israel forces in the Syrian/Iraqi arena and wants both to know that it is in possession of cyber warfare capabilities for fighting back.

26 thoughts on “Iran: We have taken control of 7-8 US drones over Syria, extracted intel”