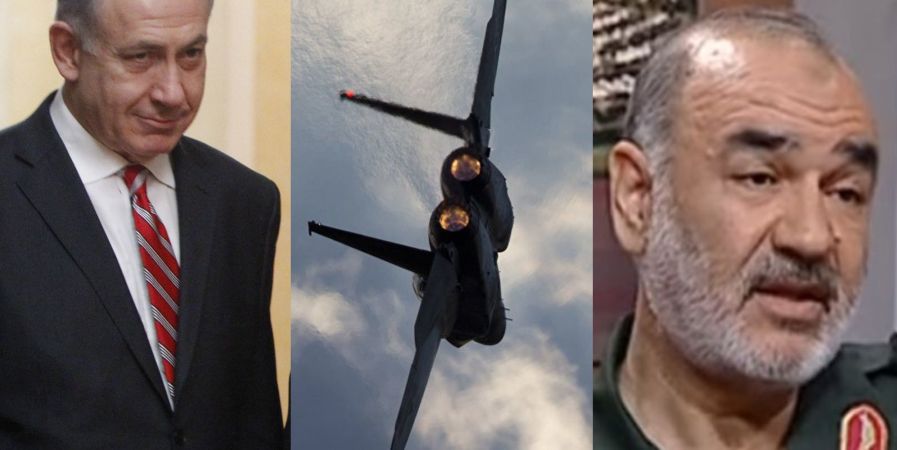 Iran’s leaders used their Friday sermons to double down on their threatening invective against Israel, the day after its April 19 Independence Day celebrations. They chose a particularly hardline Revolutionary Guards general, vice commander Hossein Salami, to indicate that they meant business:  The promised military punishment was on the way for Israel’s air strike on the Syrian T-4 base on April 9, the deaths of seven Guards officers and the knocking out of their airspace command in Syria.

Prime Minister Binyamin Netanyahu replied: We hear the threats from Iran. The IDF and the security forces are ready for any development.”  Addressing a festive post-Independence Day cabinet meeting, he said: “We will fight whoever tries to harm us. We are not put off by the price and will exact a cost from those who want to harm us…  the people will stand strong.”
Since Iran stepped up its bellicose rhetoric, Israel’s defense deployments on the Syrian and Lebanon borders were substantially beefed up and its air force placed on alert to meet a possible Iranian reprisal for its T-4 attack. Intelligence analysts have advised the government that the threats are to be taken seriously. Although the national holidays of Memorial Day and the 70th anniversary of Israel’s independence passed without security incidents, the military maintained a high level of preparedness.

By his two Twitter messages, the Iranian general Friday brought the threating rhetoric to a new level: “Don’t have hope in US and UK; when they arrive, you won’t be there… Smallest goal will be your existence. You can’t bear. When you escape, you’ll have no way but to the sea.” In an earlier tweet Salami warned, “Hands are on the trigger and missiles are ready and will be launched at any moment that enemy has a sinister plot… North and west of Israel are at the intersection of fire; you will not escape. You live in the dragon’s mouth.”

94 thoughts on “Iranian general: Our hands on the trigger, your airbases within reach. Netanyahu: We are ready”