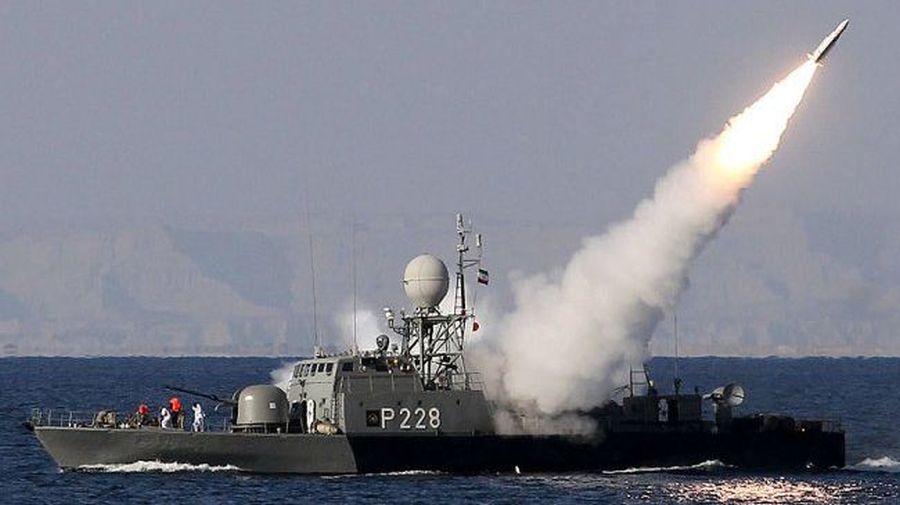 Shortly before a new round of US sanctions, Iran’s Revolutionary Guards (IRGC) navy is building up maritime forces at the Strait of Hormuz, ready to launch an “exercise” at 48 hours’ notice. The warships, poised outside the northern opening of the waterway, demonstrate that Iran can, if it so decides, block the vital waterway for Gulf oil exports. Thursday morning, Aug. 2, the US Central Command issued the following statement: “We are aware of the increase in Iran naval operations within the Arabian Gulf, Strait of Hormuz and ‘Gulf of Oman. We are monitoring it closely, and will continue to work with our partners to ensure freedom of navigation and free flow of commerce in international waterways… We also continue to advocate for all maritime forces to conform to international maritime customs, standards and laws.”
DEBKAfile notes that CENTCOM chose to refer to the Persian Gulf as the “Arabian Gulf” which Tehran sees as a national affront.
Wednesday night, Israel’s Prime Minister Binyamin Netanyahu warned that any Iranian attempt to interfere with shipping sailing through another vital regional waterway, the Bab al Mandeb Straits, would encounter an international coalition, including Israel with a full array of its military capabilities.
Our sources liken the current climate surrounding a possible US-Iranian summit to that which led up to President Donald Trump’s Singapore meeting with North Korea’s Kim Jong-un. That too was preceded closely by a dramatic rise in war tensions, while quiet preparations for the big event continued without interruption.