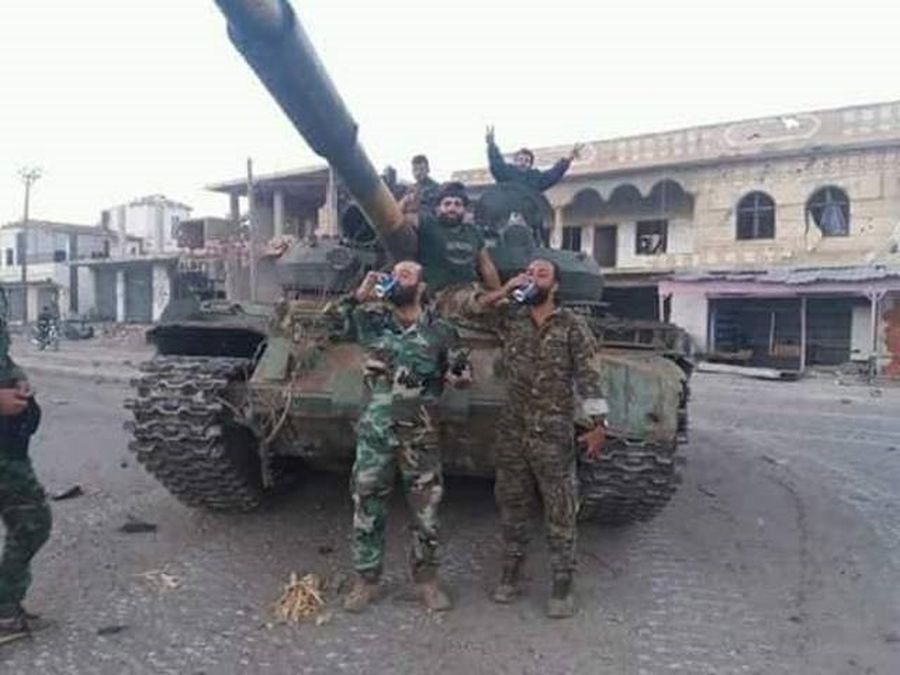 In breach of Russian guarantees to the US, Israel and Jordan, Iranian Revolutionary Guards, Shiite and Hizballah forces are taking part in Syria’s offensive to capture Daraa and Quneitra. Video clips published on June 26 by social media depicted members of the Iraqi Shiite Liwa Zulfiqar militia in the main square of Busra al-Harir north of Daraa city celebrating their victory over Syrian rebel forces.  DEBKAfile’s military sources report that it was only a matter of time before the Russian pledges were proved hollow and pro-Iranian and Hizballah forces reached the Syrian-Jordanian and Syrian-Israeli borders. Th Liwa Zulfiqar militia, which came from Iraq, has been revamped for the operation as a mixed force including also Hizballah and Syrian fighters. They serve under the overall command of the Revolutionary Guards Regional Command Center which is based at the southern Syrian town of Izra.
US Secretary of State Mike Pompeo, who is in charge of US policy for Syria, made some harsh comments to the Senate Appropriations subcommittee on Wednesday, June 27. He admitted that president Bashar Assad had come out well from Syria’s seven years of civil war, but he also called Iran’s presence in the country “the greatest threat.” Pompeo accused Hizballah, which is totally bankrolled by Tehran, of being “active on multiple fronts and running efforts for external plotting including in the United States.”
However, the Secretary did not specify what action, if any, the US was taking to counter Iranian and Hizballah’s nefarious presence in Syria.

The Syrian operation meanwhile drew closer to Israel’s Golan border with an air strike on Wednesday night, June 27, against rebel positions around Quneitra to soften their resistance to the coming ground offensive.