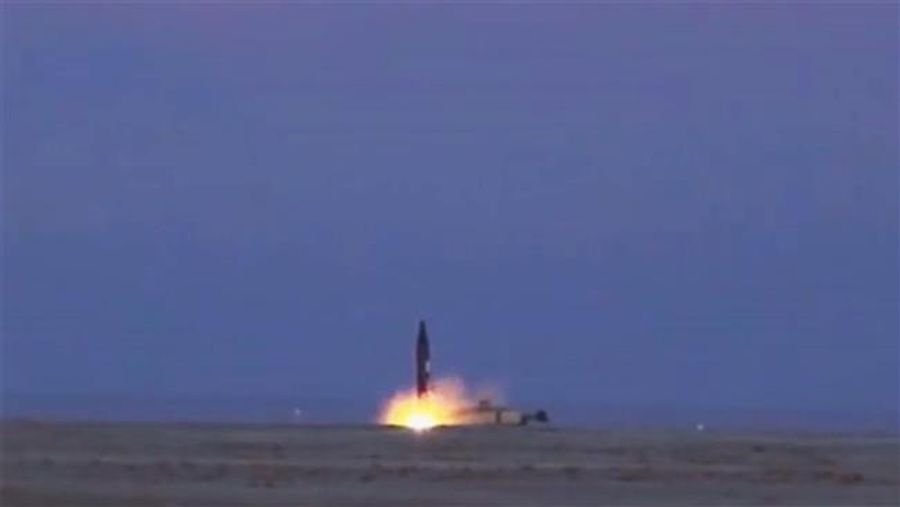 The new Khoramshahr ballistic missile with a range of 2,000km and multiple warheads, which was paraded in Tehran on Sept 22, was indeed test fired, as reported by Iran’s Airspace chief, Gen. Amir Ajakozadeh. The launch shown filmed from a great distance on national television was genuine.

President Donald Trump tweeted: “Iran just test fired a ballistic missile capable of reaching Israel. They are also working with North Korea. Not much of an agreement we have!”

However, three days later, on Sept. 26, an administration official offered the opinion that the footage shown on Iranian television “appears most likely to be a re-run of a previous test launch.” He added: “the video was more than seven months old and dated back to a failed launch in late January, which resulted in the missile exploding shortly after lift-off. ” As to the latest launch, the US official said: “As far as we can see, it did not happen. Iran’s report “so far does not appear to be true.”

However, DEBKAfile’s intelligence and military sources in the Middle East, who examined the conflicting versions, found indications that refuted the US official’s disclaimer. The Khoramshahr was indeed test-launched, except that it happened a bit earlier than Tehran claimed – although very recently, and not seven months ago.

Those sources could not categorically confirm that it was a success – only that “it certainly did not fail.”

That the new missile is exceptionally accurate appears to be correct, since there is evidence that Iran has been able to develop a new control and guidance system for its ballistic missiles.

The Iranian general’s account of “several warheads” could refer to no more than two or three.

Of deep concern to Israel is the video reported to be fitted in the Khoramshahr’s nose cone, because that would make it possible to steer the missile precisely to target from a ground station in Iran – even if Israel prevented the missile’s delivery to Hizballah in Lebanon.
Our intelligence sources account for the extra long-distance shots of the launch by Iran’s need to disguise the location of the launching site deep in the desert.

But there were was another reason too. DEBKAfile’s sources reveal that in the same area, Iran is secretly developing special vehicles for carrying ballistic missiles across rugged desert or mountain terrain. This would make the missiles mobile, like North Korean rockets. Tehran has gone to great lengths to keep this project well hidden from alien eyes.