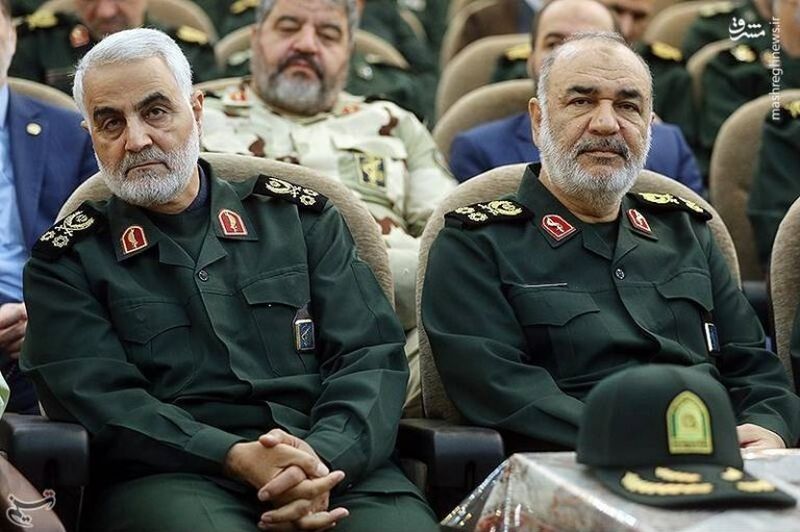 Israel’s drone attack on Mouawad St in Beirut’s Shiite Dahya district, and its air strike over the al Qods drone base at Akraba last weekend, were meant to thwart much more than an imminent Iranian drone attack. Their overriding object was to pre-empt an intricate masterplan developed by the Iranian Revolution Guards Al Qods Brigades chief Gen. Qassam Soleimani to engineer Binyamin Netanyahu’s defeat in the Sept. 17 general election. When Israel’s anti-Iran offensive widened out of Syria into Iraq, Soleimani decided to draw the line and get rid of Israel’s proactive prime minister-cum-defense minister.

This plan unfolded in a rapid sequence of action and counteraction. An Al Qods team was sent south from Akraba to the village of Arnah just north of the Golan with four Mohajer UAVs, each loaded each with 5kgs of explosives, and ordered to launch them against Israel’s Mt Hermon military positions.

They were not to know that Israeli military intelligence (AMAN) had been keeping an eye on those very drones for months, ever since they were stacked at a training base in Iran for instructing Al Qods drone teams. (A separate article enlarges on the secret war between Israeli and Iranian military intelligence arms.)

As the team prepared to launch the killer drones, Israel’s top brass decided that, instead of destroying them, it would be smarter to disable their engines with cyber measures. The Al Qods team, believing that a technical glitch had occurred, picked up the drones and returned to base.

But the next day, on Friday, Aug. 23, the Israeli watchers were bowled over by a totally unexpected event. To their astonishment, DEBKA Weekly’s exclusive intelligence sources reveal, Maj. Gen. Qassem Soleimani secretly arrived in person in Beirut with his boss, the supreme commander of the Iranian Revolutionary Guards (IRGC), Maj. Gen. Hossein Salami.

As far as anyone knows. the two top guns of Iran’s IRGC had never before traveled away from home together. Upon arrival, they were immediately closeted with Hizballah’s secretary general Hassan Nasrallah. After talking for three hours, the two Iranian generals took off.

Since no one else was present at this unique conclave of the Shiite world’s top commanders and their senior surrogate, it is not known for sure what exactly passed between them. but their decisions will no doubt strongly affect the course of events in the coming weeks. After they left, our sources discovered that the Iranian generals had informed Nasrallah of the appointment of a highly trusted Hizballah operative for conducting exclusive liaison between them.

As DEBKAfile revealed, it was this key person who was targeted for assassination by the Israeli drone attack on Mouawad Street in South Beirut on Saturday, Aug. 24. He died less than a day after he took up his new post as the operational link between the IRGC and Hizballah. This shock brought home to Soleimani, Salami and Nasrallah the extent of Israel intelligence’s penetration of their top ranks, and confronted them with a dilemma: Should they go through with their original plan or put it on hold for a while? They decided to stick to their plan, which intelligence watchers in Washington and Jerusalem confirmed. The September election was too tempting an opportunity for Iran to miss for ousting an Israeli leader who had become a thorn in its side.

1. As defense minister, Netanyahu had ventured to expand Israel’s war on Iran to its subordinate Iraqi Shiite militias and brought its armed forces perilously close to the Islamic Republic’s own borders, giving Soleimani sleepless nights. By reaching points close to western Iran, Israel had turned the tables on his longsighted program for establishing an Iranian military presence in Syria and Lebanon in menacing proximity to northern Israel.

2. Netanyahu’s downfall would further shake US President Donald Trump’s personal and political situation in Washington, and remove Secretary of State Mike Pompeo, whom Soleimani regards as the architect of the US administration’s “maximum pressure” policy for Tehran.

3. By finishing Netanyahu. Soleimani would also boost his own political standing at home, and place him ahead of his two rivals, President Hassan Rouhani and Foreign Minister Mohammed Javad Zarif, as the regime’s top dog. Zarif tried hard to scores points, with the help of French President Emmanuel Macron, by turning up at the G-7 summit in Biarritz on Monday, Aug. 26, and persuading Trump to agree to meet Rouhani at the coming UN General Assembly’s session next month. This plan was subsequently knocked on the head by by supreme leader Ayatollah Ali Khamenei.

It is therefore to be expected that the two Iranian generals and the Lebanese terrorist chief will do their worst to stoke military tensions to a dangerous pitch in the short weeks remaining before the Sept. 17 election.