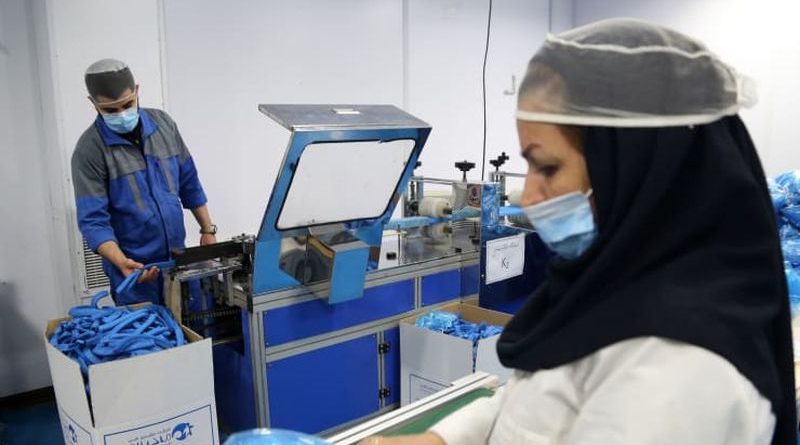 Iran is in the grip of an out-of-control covid-19 epidemic. No one knows its true dimensions in the country’s population of 80 million. Regular Iran watchers say the true numbers of infected and dead from the globally spreading disease are shrouded in secrecy, privy only to a tight group of Tehran regime leaders close to supreme leader Ayatollah Ali Khamenei.

Even less is known about the extent of contamination in countries where Iran’sRevolutionary Guards officers serve the Shiite Islamic revolution, especially Syria, Yemen, Iraq and Lebanon. Cases sourced to Iran have been reported by Afghanistan, Canada, Lebanon, Pakistan, Kuwait, Bahrain, Iraq, Oman, Qatar and the UAE. owev

Can the epidemic endanger the regime? Inside Iran, Tehran and the holy city of Qom, where the disease was first sighted, are the worst hit, President Hassan Rouhani admitted on Wednesday, March 4, that all of Iran’s provinces are affected.

“This disease is widespread,” he told a cabinet meeting. “It has reached almost all our provinces and in one sense it’s a global disease.”

What countermeasures are being employed to curb the spread apart from secrecy and threats?

On Wednesday, Iran’s health ministry admitted that the confirmed cases of coronavirus in the country had jumped twice by 50pc in two days, afflicting a total of 2,922 victims and raising the death toll to 92. Those figures are strongly suspect since hospital medical staff treating the victims were visited by officers of the powerful Revolutionary Guards (IRGC) and warned to stay mum. Would-be whistleblowers and their families are threatened with prison, torture and even execution. No one therefore takes the official figures seriously.

Some medical sources – one in Canada and several in Iran – speak of 15-18,000 covid-10 victims so far. The number of fatalities is concealed by the hospitals, which register the cause of death from the virus as lung or respiratory illnesses.

The health ministry proposes enlisting 300,000 basij milita members for door-to-door visits to sanitize homes. The top prosecutor has warned that hoarding masks and other public health equipment is punishable by death.

On Tuesday, Iran’s authorities opened the doors of prisons and released more than 54,000 prisoners to combat the spread of the virus in the crowded cells. Only those serving less than five years were freed after testing negative for coronavirus and posting bail.

A number of senior officials have come down with the disease, including 23 members of parliament. The most recent are Prof. Pirhossein Kolivand, head of Iran\s emergency services, and Mohammad Mirmohammadi, Expediency Council member and close adviser to Ayatollah Khamenei.

Schools are closed and the streets of Tehran and other main cities are deserted as people shut themselves away at home. However, in Qom, home to the country’s Shiite establishment, clerics are striving for a show of normality, performing religious services in the mosques and seminaries, in defiance of all official restrictions for containing the epidemic.