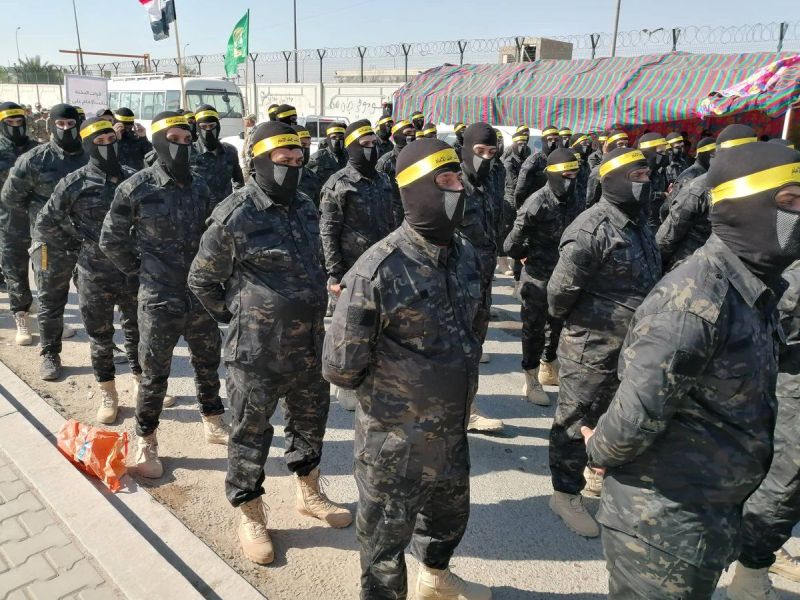 With the spotlight trained on the Turkish-Kurdish collision in northeast Syria, Iran was able to press ahead with its takeover of Baghdad and its Green Zone almost unnoticed.

Last month, the long arm of Iran’s Revolutionary Guards Corps (IRGC) kept popular demonstrations against government corruption and poor services on the boil, as DEBKA Weekly first revealed, using the unrest as the vehicle for entrenching subservient local Shiite militias at the centers of government in the Shiite cities of southern Iraq. The outbreaks subsided when large pro-Iranian militia contingents moved in and established fortified quarters in Nasiriyah, Amara, Diwaniya and Hilla, on the format of the Hizballah stronghold in the Dahya district of Beirut.

In the guise of “protective backup” for the endangered Iraqi government, thousands of IRGC and Lebanese Hizballah combatants have swarmed in the past ten days into the Green Zone, the seat of government and foreign missions in Baghdad, the capital. Earlier, 7,000 Guardsmen were sent to Shiite towns on the pretext of laying on security for Iranians arriving for the Imam Hossein pilgrimage in the shrine city of Karbala.

DEBKA Weekly revealed on Oct. 6 that the IRGC had set up a situation room in Baghdad’s Green Zone to run Iran’s expanding Iranian military operations in Iraq.

To account for this foreign incursion, Iranian officials claim that the Hizballah-affiliated contingents entering Iraq through Syria are coming to help defend the Baghdad government against the protesters. And indeed, DEBKA Weekly’s sources report that some 10,000 IRGC and Hizballah fighters have been placed under the orders of Abou Jihad al-Hashemi, director of the Iraqi prime minister’s office, for action in case of a deterioration in security.

Prime Minister Adel Abdul-Mahdi who, for a while, looked like preserving a measure of independence against Iranian domination, appears now to be playing ball with Tehran, accepting the claim that, like Syria’s Bashar Assad in 2013, his regime is being rescued from being ousted by Iranian intervention.

Iran has an interest in keeping Abdul-Mahdi in power although he tends to vacillate between Washington and Tehran. Substantial Iranian strength is on hand in Baghdad to make sure he stays on the right side of the blanket. However, independent observers note that Iran does not seem to realize that it is fast losing popular credibility in Iraq, where influential circles of the protest movement blame Tehran and its influence on the regime for government corruption, poor management and failed public services. However, Iranian strategists are fixated on making Baghdad a formidable arena for Iran’s contest with the US and using it as a reservoir for Shiite fighters consigned to boost its foothold in Syria.

US President Donald Trump’s decision to draw US forces back from northern and most of eastern Syria, in the major shift set off by the Turkish operations against the Kurds, has played neatly into Iranian hands. (See first two articles in this issue.) The outposts controlling the Syrian-Iraqi border again changes hands, this time in Tehran’s favor. The US-backed, Kurdish-dominated Syrian Defense Forces this week abandoned most of those positions and headed west to defend Ras al-Ain and Tel Abyad against Turkish forces. Iran-backed Iraqi Shiite Popular Mobilization Units (PMU) were immediately deployed and held ready to enter Syria and seize those positions. They are still waiting for the order to cross in.

It would not be the first time. Late last year, Iraqi troops occupied 30 of those Syrian outposts following their desertion by the SDF under an ISIS counterattack. A few months later, the SDF liberated that part of East Syria and regained control of those outposts. Now, in the latestr turn of the wheel, the PMU is poised to return to its former positions. This advantage would buy Tehran full control of most sections of the Syrian-Iraqi border wider ramifications: The IRGC and Lebanese Hizballah would be able to expand their occupation of eastern Syria, and bring the territory connecting their outposts in the Syrian town of Abu Kamal and Al Qaim in western Iraq under their control. These moves would bring Iran and its Iraqi and Lebanese proxies that much closer to threatening US bases in Iraq.