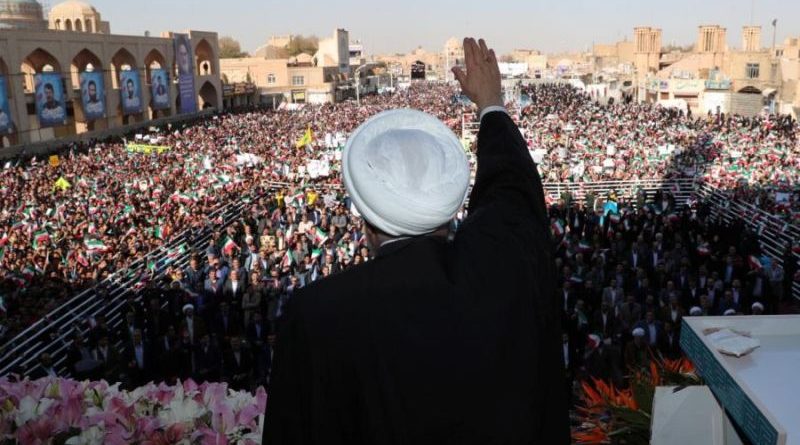 Iran’s hardliners are battling on the home front to leverage the Soleimani assassination for resurrecting the Islamic Shiite zeal of the 1980s – and beating down the moderates. But 40 years hence, the domestic landscape they face is much changed. The 2020 generation is no longer lining up behind the stern ayatollahs who overthrew the Shah; they are far more interested in improving their living standards and enjoying contemporary cultural mores.

To prevent this widening gap between the regime and the general public from swinging the February 2020 parliamentary elections out of control, the Guardian Council is clamping ever harsher restrictions on moderate candidates – known in Iranian political parlance as “reformists” – who might appeal to contemporary voters.

To evade those restrictions, political moderates have stopped calling for the de-escalation of tensions between Washington and Tehran. Instead, they are loudly condemning the US killing of the Revolutionary Guards Al Qods leader, Gen. Qassem Soleimani, and piously calling him a martyr.

They are especially careful to follow the official line on America, which is: “No negotiations, no war.” Straight after the Soleimani assassination, Hassan Rouhani, Foreign Minister Javad Zarif and the reformists indicated they were in favor of initiating negotiations with the United Sates. They were quickly silenced with a blast from Iran’s propaganda machine, supervised from supreme leader Ayatollah Ali Khamenei’s office, which attacked anyone who uttered the words “de-escalation” or “negotiation.”

In any case, the prospects of talks, even with Europe, have receded, since most of the continent’s governments lined up behind the Trump administration’s termination of the malign chief of the Revolutionary Guards’ Al-Qods Brigades and spoke out against Iranian aggression in the region. The three European signatories of the 2015 nuclear accord, the UK, France and Germany, further blotted their copybooks in Tehran by threatening UN Security Council action if Iran’s breaches continued.

Rouhani and Zarif have not said much about Iran’s drive to assert its will on Baghdad in the contest with America, finding it safer to follow Khamenei’s lead and show the flag of unity during the aftershocks of Soleimani’s death. But on the quiet, the Iranian president welcomes the American presence in Iraq, fearing their departure would strengthen the Islamic State for a comeback that would ravage the country. But he is careful to hold his tongue on this too.

For decades, the hardline revolutionaries have fought unwaveringly to evict the United States from the region. Now, they are seizing on the general’s assassination to whip up the will to achieve this goal and undermine any accommodationist leanings among the reformists.

In the short term, therefore, the radical regime in Tehran may be expected to keep tensions with the Americans at a high pitch, while shouting down any reformists venturing to advocate negotiations, starting with Europe.