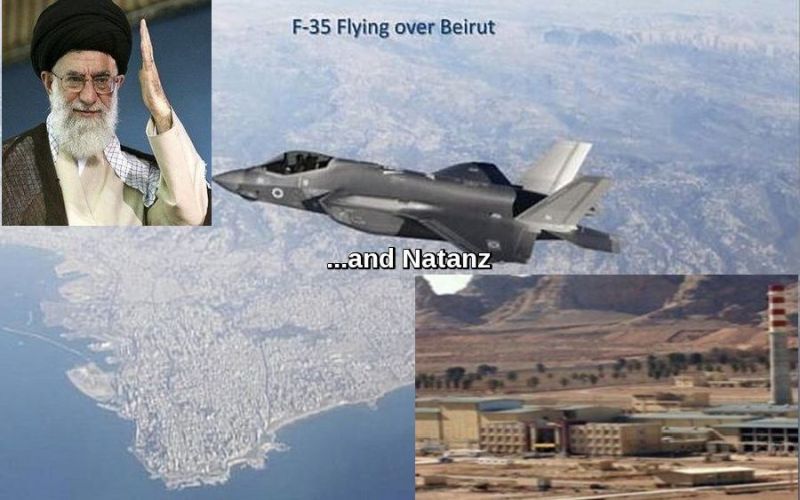 While groping wildly for a response to US Secretary of State Mike Pompeo’s take-it-or-leave-it demand to abandon its Islamic Revolutionary policies, Iran’s supreme leader Ayatollah Ali Khamenei turned his ire on the European powers struggling to save the nuclear pact after the US walkout – not directly on Washington. On Wednesday, May 23, he warned the trio, the UK, France and Germany, that Iran would resume uranium enrichment, effectively quitting the pact, unless they all lined up against the US and bowed to his diktats, although none were actually feasible.

He insisted, for example, that European banks safeguard trade with Iran. The three powers must also stop pressing Iran to negotiate its ballistic missile program and halt its Middle East activities. The Europeans must further guarantee Iran’s oil sales and compensate Tehran for losses incurred from US sanctions.

This was Islamic regime’s first authoritative response to Pompeo’s ultimatum of Monday, May 22. The Chairman of Iran’s Parliament National Security and Foreign Policy Commission Alaeddin Boroujerdi initially tried to dismiss the US secretary’s terms as worthless and irrelevant. He accused the US Secretary of being guided by the logic of belligerence and of throwing the rationale of diplomacy to the winds.

Pompeo’s detailed conditions for Tehran to escape the “worst sanctions in history” were evidently articulated when he wore the cap of Central Intelligence Agency Director before his appointment as Secretary of State. By throwing down the gauntlet, he dropped the ayatollahs of Tehran in the most excruciating mess they had experienced since their seizure of power in 1979. They are facing unprecedented international isolation, excepting only for China and Europe, as a result of the tacit consensus between Presidents Donald Trump and Vladimir Putin – with Syria’s Bashar Assad’s assent, however unwilling – to throw Iran’s military forces out of Syria. Russia moreover looks the other way when Israel strikes Iranian targets. (Both of these developments are analyzed in separate articles).

The Pompeo speech left Tehran disorientated and short of a fitting response. Its leaders had counted on the Trump administration, after taking the US out of the nuclear accord, sitting down to negotiate a revamped deal, a process that could be drawn out for many months and give Iran plenty of room for maneuvering and haggling. They never dreamt that Washington would cut through this process and drop an ultimatum on their heads, followed without pause on Tuesday, May 22, by yet another round of tough sanctions. Neither did they imagine that the Islamic regime of Iran would be held hostage to the outcome of a summit (since cancelled) between the US president and the North Korean ruler Kim Jong-un on June 12. The clandestine ties of cooperation Tehran and Pyongyang maintained for their nuclear and missile programs had suddenly become a sharp weapon pointed at Iran. It dawned on the Iranians that if the Trump administration demanded the denuclearization of Korea and the dismantling of Kim’s ballistic missile program, Washington would demand no less of Tehran. And if the Trump-Kim summit failed in its object and Washington turned to a military option against North Korea, Iran might by the same token be cornered by the same threat.

Iran’s leaders are finding it hard to digest the three penalties they face for spurning Pompeo’s ultimatum:

The ayatollahs know they can’t count on Chinese President Xi Jinping standing by their side. As the live wire in the staging of US-North Korean nuclear negotiations, Xi won’t chance his strategic role in a global arena for the sake of Iran. As for the Europeans, the British, French and German leaders may protest that after the US exit, they remain faithful to the nuclear deal they co-signed in 2015, but there is no way they can stump up with the compensation Iran is demanding to cover the fallout from US sanctions. Big European corporations, some of them more powerful than the continent’s governments, are surrendering to US sanctions and giving up their business ties with Tehran and investments in Iranian projects. This week, British Petroleum followed in the wake of French Total, German Siemens, Danish Maersk, the global Allianz and others in trooping out of Iran’s door.

Up until mid-week, all the Iranian regime saw was gloom and doom. But then, on Tuesday, they saw a ray of light when President Trump appeared to cast doubt on his planned summit with Kim taking place as planned on June 12. (On Thursday, he went all the way and cancelled the summit.) A piece of astonishing, totally unexpected, news then came in from Baghdad, The US were pressing for the pro-Iranian candidate, the Shiite militia chief Hadi Al-Amiri, who lost Iraq’s election this month, to be given a place in the coalition government which the winner, the cleric Moqtada Sadr, is forming in Baghdad.