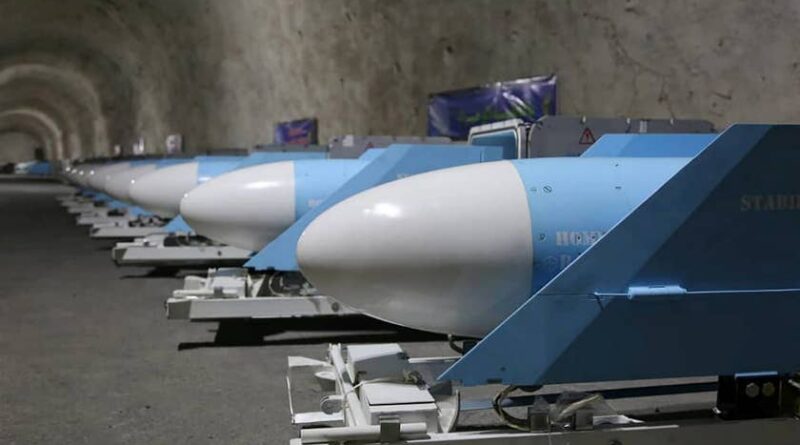 Iran’s state TV took viewers on Monday, March 15, inside an underground IRGC facility packed with rows of cruise and ballistic missiles and “electronic equipment.”. The facility was described as a “missile city” with cement walls, without identifying its location. Alreza Tansin, head of the Guards’ Navy, said the base was equipped with the means of detecting enemy signals. He revealed that its “electronic warfare equipment” included radar, monitoring, simulation and disruption systems.

“What we see today is a small section of the great and expansive missile capability of Revolutionary Guards’ naval forces,” IRGC Commander Maj.- Gen. Hossein Salami said in the broadcast. He also noted that “four decades of enemies’ unity against the Islamic Republic has only resulted in their defeat and disappointment,” and referred specifically to the “imposition of sanctions and waging [of] an economic war.”

Iran, which routinely boasts of technological advances in its armed forces, has one of the biggest missile programs in the Middle East.
DEBKAfile’s military sources add: The Guards’ underground ballistic missile launch pads were no new discovery. However, the point worth noting about the two commanders’ boasts was the stress they laid on the IRGC’s ability to launch precision missiles across broad expanses of ocean. They made no secret of the capabilities they have developed to disrupt maritime traffic, including tankers and warships, sailing in the Persian Gulf, the Arabian Sea and the Red Sea, with mines fired at a range of 360-degrees.