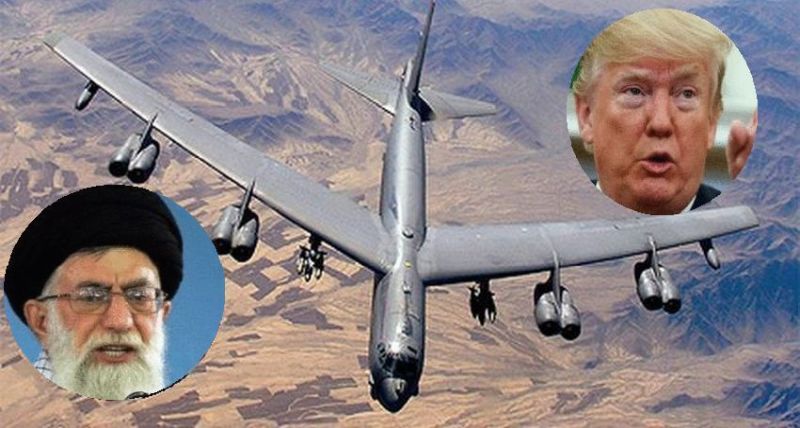 President Hassan Rouhani sounded clear and resolute when he announced on Wednesday, May 8 that Iran will resume high-level enrichment of uranium if by July 1 is the world powers fail to keep their promises to protect Iran’s oil and banking sectors from US sanctions. The message and the deadline were addressed to the five remaining signatories of the 2015 nuclear accord (JCPOA) – UK, France, Germany, China and Russia – after the US quit.

Nothing else about this contest is clear. DEBKA Weekly’s sources doubt whether, for instance, Iran’s deadline has much meaning. Neither of the key players is standing idle, while both appear to be playing for time. Iran is past master at the foot-dragging game. However, on Wednesday, the Trump administration imposed fresh sanctions on Iran’s metals (iron, steel, aluminum and copper) industries, its second largest source of revenue after oil. It was estimated that these sanctions would shut down the entire metal industry and cause hundreds of thousands of layoffs. Yet the next day, the US Treasury gave Tehran’s customers 90 days’ grace to abide by those sanctions. France and the UK threatened more sanctions if Iran reneges on any of its commitments to the JCPOA, while they in their turn grapple with Tehran’s effort to use the the 60-day time lapse to extort concessions from the West.

Iran is blowing hot air and brandishing six steps for restarting elevated enrichment of nuclear fuel if the West fails to ease US sanctions. Some of them are not being held back for the July 1 deadline but are already in train in support of bellicose rhetoric.

1. On the orders of supreme leader Ayatollah Ali Khamenei, Iran’s nuclear program has been made ready for reactivation with 190,000 separate work units. DEBKA Weekly: Iran is not believed to possess anywhere near that number of centrifuges for enriching uranium – now, or in the near future. In January, Iran’s Atomic Energy director Ali Salehi said that Iran had made the necessary preparations to resume enrichment in greater capacity.

2. Restarting production of enriched uranium up to 20 pc, would carry Iran past a crucial milestone towards weapons-grade fuel. Under the 2015 nuclear accord, Iran was prohibited from enriching uranium up to 20pc and obliged to export its stocks to Russia.

3. Tehran claims that the enrichment plan provisions of the nuclear accord should be amended in view of a major R & D breakthrough for expediting the introduction of a new generation of high-speed centrifuges. Last month, President Rouhani announced that he had ordered 20 advanced IR-6 centrifuges to be installed at the Natanz enrichment facility.

4. Iran could top up its maximum required stock of 300 kilos of 3.67pc enriched uranium and the cap imposed on heavy water, maintaining that it was impossible to ship the excess quantities out because of Washington’s decision to cancel waivers on its embargoed oil exports.

5. Iran may go back to producing the slow IR-1 centrifuges as a mixed signal to the West: More of those machines are to be installed in the near future, but at the same time Tehran is not going all the way with uranium enrichment and showing willing to be flexible about its plans – depending on a let-up of the sanctions regime.

6. Tehran’s decision to “diminish” its commitments to the nuclear accord, while not fully withdrawing, is another ploy by Tehran to alarm the Europeans while leaving the door open for accommodation Therefore, all these steps may be implemented in one go, or spaced out in accordance with other considerations, whether the level of sanctions or the military situation.