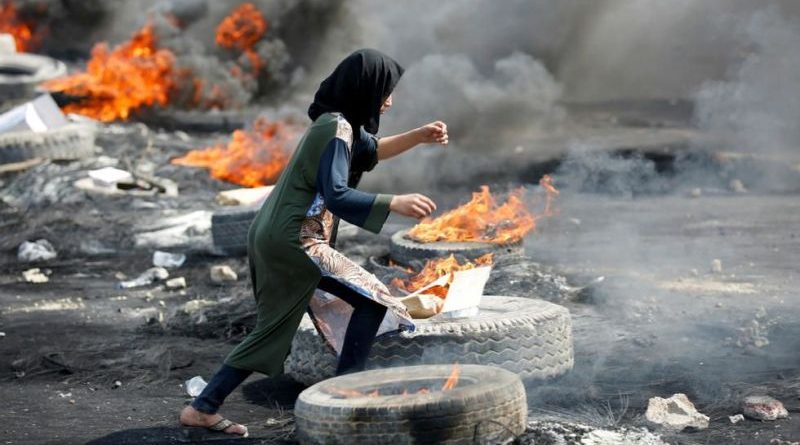 The United States has lost most of its footing in Baghdad to a largely unreported takeover by Iran’s hardline Revolutionary Guards Corps (IRGC). Tehran’s obedient Iraqi Shiite militias are whiplashing the Shiite protesters who call for an end to Iran’s dominance in Baghdad with impunity.

A horrified Shiite leader stepped in this week to try and avert the bloody catastrophe looming over Iran’s largest community. On Wednesday, Nov. 13, the influential cleric Moqtada Al-Sadr called on civil servants to go on strike. He asked the imams to support them in their next Friday sermons, and take to the streets. He appealed to them to join the mass protests sweeping the Shiite regions and Baghdad since last month against corruption in high places and in support of demands for jobs and proper public services.

Sadr said that the protests had already succeeded in bringing about “a most important victory by humiliating the corrupt and making them afraid.”

The Shiite cleric, whose movement won a parliamentary majority in the last Iraqi election, supported the protesters’ rejection of “US and other foreign [Iranian] intervention,” but also chastised them for their attacks on foreign missions and embassies in Shiite cities.

He was clearly referring to the Nov. 10 attack by demonstrators on the Iranian consulate in the Shiite pilgrimage city of Karbala. Many of the rallies chant anti-Iran slogans.

Sadr then turned to the politicians, calling on Iraq’s lawmakers to introduce radical reforms to meet the demands of the disaffected population, including revisions of the electoral commission and the constitution.

DEBKA Weekly’s sources report that Muqtada Sadr’s initiative was a last-ditch attempt to slow Iran’s domination of Iraq’s government and security institutions before ordering his own formidable militia to take up arms against the Iraqi militias which beat the popular masses at Tehran’s behest.

Sadr was the first public voice to say out loud that Iraq is about to tip over into the abyss of an internal Shiite war.

There is little appreciation in Washington of a fact that Baghdad is afraid to admit: Iran’s Revolutionary Guards call the shots in Baghdad today. They tell government officials what to do and order Iraq’s generals to crack down hard on domestic dissent. They can oversee the massacre of hundreds of Iraqi civilians in a bloodbath, while no authority in the country dares to bring the perpetrators to justice. The IRGC is also in control of air traffic and in position to close Iraqi air space to US aircraft and so place US bases at risk.

This has not yet happened. Tehran has so far refrained from demanding that the US withdraw from its bases in Iraq, if only because that threat alone is a useful lever for bending the Baghdad government to its will.