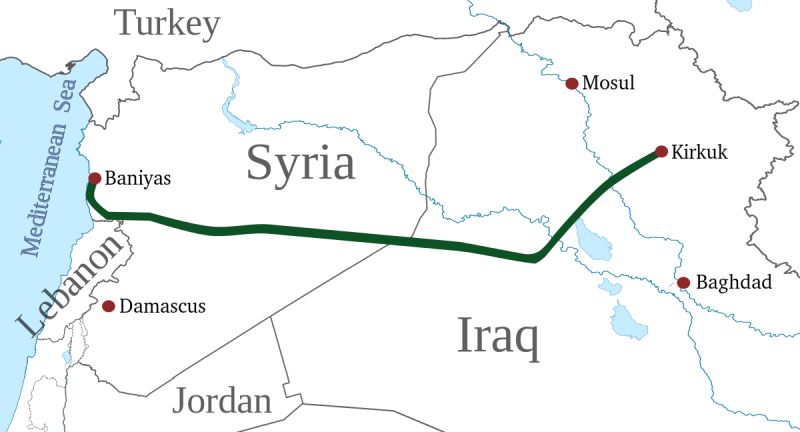 The Iraqi government is working on a contingency plan to find alternative routs for its oil exports should the Strait of Hormuz be closed by escalating hostility between the US and Iran. Iraqi Prime Minister Adel Abdul-Mahdi revealed this at a news conference on Tuesday, July 9. He cited neighboring Syria and Jordan as alternatives. “Right now, most of Iraqi oil exports [of 3.7 to 3.9 million barrels per day go through southern terminals,” he said. “We need to diversify our export routes. They are too few.”

Abdul-Mahdi did not specify when diversification would take place or how it would work. Iraqi and Syria are already connected by a network of oil pipelines running from the northern Kirkuk oilfields to the Syrian Homs refinery and the Mediterranean port of Banyas.

A few days earlier, the Iraqi prime minister revealed that the conglomerate of Shiite militias, the Popular Mobilization Units (PMU or Hashd al-Shaabi), is to be fully integrated in the Iraqi security forces as an “indivisible part subject to the same regulations.” The PMU is to shut down its headquarters, offices and independent checkpoints. Those failing to comply with this directive by July 31 will be deemed illegal organizations, said the Iraqi prime minister. Those wishing to continue as political parties, must disband their militias.

According to DEBKA Weekly’s military sources, the PMU, which numbers some 150,000 combatants, has openly flouted previous decrees from Baghdad to integrate in Iraq’s armed forces, and has carried functioning as a separate armed entity with Iran’s support and funding. The new decrees are expected to go the same way as the first lot. So why did Abdul-Mahdi bother?

He appears to have had his reasons.

On the one hand, the Baghdad government will be seen to be complying with the Trump administration’s demand to cut down the pro-Iranian pawn plaguing US civilian and military sites in Iraq for the past three months; on the other, he may have an ulterior motive. Should it be necessary to reroute Iraqi oil exports through Syria instead of Hormuz, the PMU would be handy for guarding the pipelines running through the southern, western and northern regions of Iraq where the militia group owns a strong military presence.

This plan ties in with another revelation. A commander of the Iraqi Army’s 8th Division was filmed this week greeting an officer of the Syrian Arab army over a fence at an undisclosed point on their common border. During their conversation, they spoke of their shared mission of fighting terrorist groups like the Islamic State.DEBKA Weekly’s sources note that this kind of détente between Iraq and Syria may open a pathway for Iran to circumvent US sanctions on its oil exports by routing them through Syria, either directly or by hitchhiking secretly on the flow of Iraqi oil. Tehran would then have an incentive for allowing the PMU to serve Baghdad and merging into its armed forces in line with PM Abdul-Mahdi’s decree.