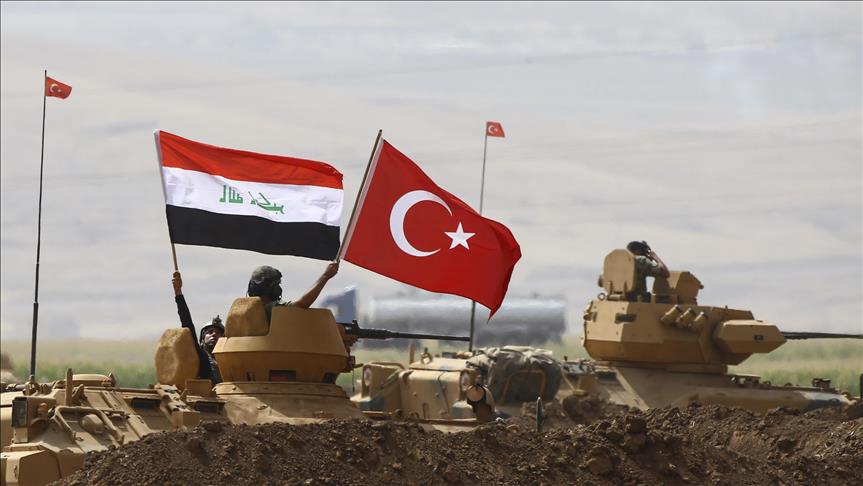 Amid all the muscle-flexing and the beating of war drums, Iraq, Turkey and Iraq are thinking twice before going to war on the Kurdish Republic of northern Iraq (KRG). For now, they are thinking in terms of economic punishment for Monday’s independence referendum.
On the military side, Baghdad has done little: On Saturday, Sept. 30, Iraqi troops were sent into Iran and Turkey for posting on their borders with Kurdistan. On Friday, an Iraqi aviation blockade was imposed on international air flights to the KRG, followed by a threat that Iraqi fighter jets would shoot down any passenger planes attempting to land at Irbil or Sulaymanieyh airports.

That threat effectively cleared Kurdish skies and airports of commercial traffic.
Local military commanders, including Kurds on the spot, reported that Iraqi forces were about to set up border crossings around the Kurdish republic parallel to the KRG border posts, pending permission from Tehran and Ankara. Iraqi customs officers would then impose heavy taxes on any vehicles entering Kurdistan.
Iraqi Prime Minister Haydar al-Abadi put these steps in train in an effort to compel KRG President Masoud Barzani to cancel the results of the referendum, which gave him a mandate to declare Kurdish independence. and secede from Iraq.

His chances of achieving this are slim, according to DEBKAfile’s analysts. Barzani is not budging. And even for a full-scale economic blockade, Baghdad would depend on full military and economic cooperation from Ankara and Tehran.

If al-Abadi decided to go for the military option, he would expose Iraq to entanglement in a full-blown conflict, in which his Shiite-majority army would be forced to engage the Kurdish Sunni Peshmerga forces. And worse, it would carry a high risk of the Syrian Kurdish YPG militia joining the fray in large numbers. The Iraqi army could not hope to stand up to this combined force.

As for a full-scale economic war, then too Iraq would have to count on Iran and Turkey agreeing to seal their borders with Iraqi Kurdistan and suspending imports to and exports from the wayward republic. Turkey’s closure of the Kurdish-controlled Kirkuk oil pipeline to its Mediterranean coast would be highly effective; it would deprive the KRG of $17 billion in annual revenue.

On the other hand, Ankara would be seen reneging on the 50-year contract it signed with Irbil in 2014 (in the face of Baghdad’s objections) at high cost to Turkey’s international credibility as a trading partner, especially in the field of energy. It is hard to see President Tayyip Erdogan taking that risk.

Furthermore, Ankara’s stake in the Kurdish republic’s industry and other fields is extensive. More than 4,000 Turkish companies operate in the KRG, including many construction, cement and steel factories, accounting for an annual turnover of around $9 billion, which Ankara can’t afford to sacrifice.

Tehran’s dependence on Iraqi Kurdistan is likewise substantial: Many firms in western Iran rely heavily on the markets of Sulaymaniyeh in eastern Kurdistan for their exports, while the region buys many products from Kurdish suppliers.

For all these reasons, the front set up ad hoc by Baghdad, Ankara and Tehran to beat Barzani into relinquishing his plan for an independent Kurdistan state stands on shaky legs.
Furthermore, both the United States and Russia back the KRG and are unlikely to stand still for extreme measures against Irbil. Shortly before the referendum, The Russian energy giant Rosneft signed a contract to develop Kurdish oil and gas fields in Kirkuk to the tune of $1 billion.
It is now up to Barzani to decide how he wants to play the high card he has won by refusing to be intimidated into cancelling the independence referendum. He may get away with it, if he plays it cool and sits down with Baghdad, Tehran and Ankara for negotiations on the future. But if he goes all the way and declares Kurdish independence and separation from Iraq while tempers are still high, the KRG may be in for harsh punishment from its three enraged neighbors.