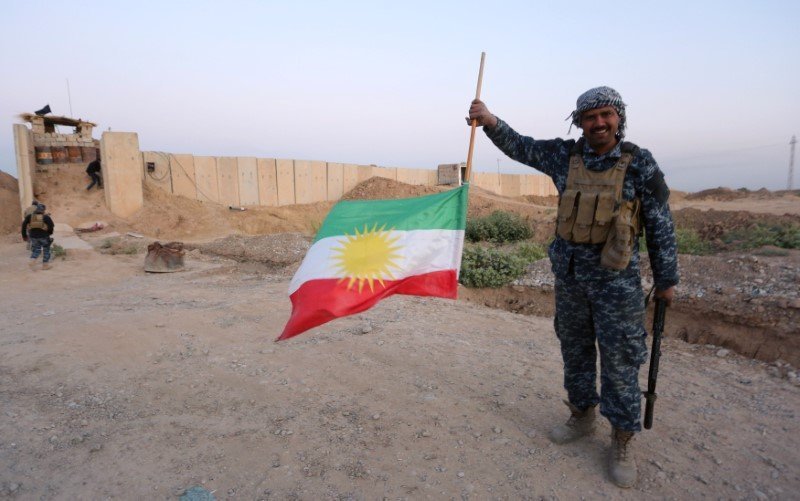 A secret decision to strip Iraqi Kurdistan’s 8.5 million inhabitants of their limited autonomy status and dismember their territory was discussed this week between Baghdad, Tehran and Ankara, DEBKA Weekly’s exclusive intelligence sources reveal.

The plan entails splitting the Kurdish Republic Governate into three disconnected enclaves, centered round the three main towns of Irbil, Suleimaniyeh and Dohuk. Each would have a local Kurdish government subject to the provincial Iraqi administration and forfeit all ties with the federal government in Bagdad. The 15,000-strong Peshmerga force would be disbanded. Some units would be integrated in the national army, while the rest would give up their heavy arms, including armored vehicles, artillery and mortars, and accept their new status as a local police force responsible for maintaining public order. The three enclaves will share no common borders, and corridors linking them will be held under Baghdad’s control.

This arrangement is a copy of the three separate Kurdish cantons of northern Syria. The Kurdish population there of 2.5 million is distributed between the enclaves of Hassake-Al-Qamishli, Kobane and Afrin.

The plan for Iraqi Kurdistan has so far been only sketched out and is far from finalization. It has been put before the governments in Tehran and Ankara for suggested changes and comments.

In this context, the Iraqi borders, formerly controlled by the KRG, are being reassessed. In early October, Turkey proposed that Iraq open a new crossing on their common border at Ovakoy northwest of Duhok on the Turkish side of the border under joint control. This was to be an alternative to the former KGR-controlled Habur crossing. Iraqi’s central government would control the new crossing and all exports from Turkey to Iraq would reach Tal Afar and Mosul via the new gate.

Under this plan, Iraqi Kurds would lose their last land link to Turkey. This attests to how far Iraqi Kurdish fortunes have plummeted in the short space of a month since their military debacle..

As recently as Oct. 11, Kurdish officials in Irbil had the authority to lay down the law and state that no border crossing could open in their region, without their government’s approval.

Still hanging fire is the fate of Kirkuk and its oil fields. The town is now ruled by the Iraqi army and Iraqi Shiite PMU forces, which defer to Revolutionary Guards command. At present, the oil is flowing as usual and being piped via Turkey to its regular clients, including Israel.

Interestingly, Israel’s oil supply is for the first time in the hands of Iran’s Revolutionary Guards. The Iraqis and Iranians are not interfering in this trade – it is believed – in consideration of the fact that the Russian state-owned energy giant Rosnef has taken control of the Kurdish oil company and is operating it.

But for the Kurds, the 300,000 barrels of oil a day that underpinned their economy has become a vanishing asset.

DEBKA Weekly’s sources report that all attempts by Iraqi Kurdish leaders to reach the Trump administration and appeal for help against the plans building up for their ruin have gone unanswered. They have tried making contact with the American officials, with whom they worked closely in the campaign to fight the Islamic State, including President Donald Trump’s son-in-law Jared Kushner. But none of them have responded.