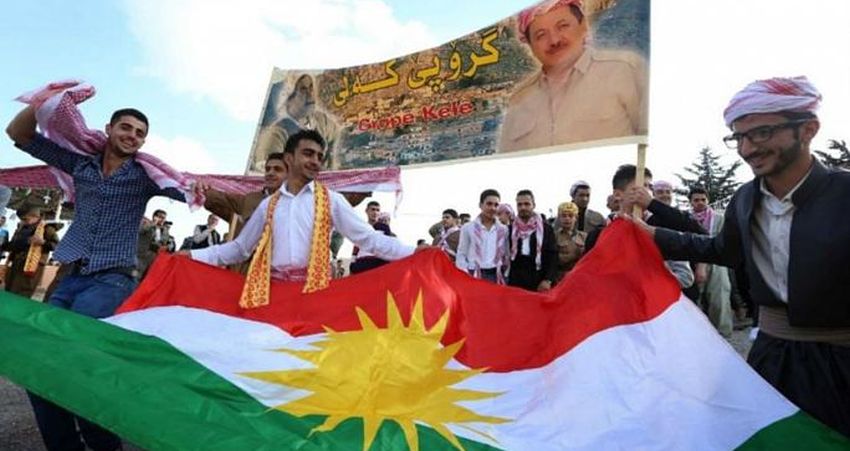 The 5.2 million eligible voters of the semiautonomous Kurdish Republic of Iraq  avow their desire on Monday, Sept. 25 to establish the first independent Kurdish state in history. An estimated 15-20 percent of the Iraqi population, the Kurds of Iraq won their autonomy in 1991. This was the halfway mark to their final goal which, too, was denied their brothers in Syria, Turkey or Iran.

“Yes” voters are expected to pack polling booths in Dahuk, Irbil and Sulaimaniya the three official provinces of KRG, plus “areas outside its administration,” such as Kirkuk, Makhmour, Khanaqin and Sinjar, where the Kurdish Peshmerga established control after expelling the Islamic State invaders.

Most world powers, including the UN Security Council, warned KRG President Masoud Barzani to back off the referendum because of its potentially destabilizing impact on the region and as a distraction from the main war on ISIS.

Iraq, Turkey and Iran threatened “counter-measures,” fearing the impact on their own Kurdish minorities.  Doubling down on their threats, their armies staged military exercises around the borders of the Kurdish Republic on various pretexts.
Barzani’s reply: “Our borders lie where our tanks stop.”  Furthermore, Kurdish leaders explained the referendum was not Kexit on the model of Brexit. It had no built-in declaration of secession from Iraq. “On the road to independence, the referendum is only one step,” said Hoshyar Zebari, former Iraqi foreign minister.

Neither Turkey, Iran or Iraq, while making threatening motions, are unlikely to take on the fierce Kurdish Peshmerga in a full-fledged war, especially when it has the backing of the US, Russia, Germany and up to a point, Israel.

With this card in hand, Iraq’s Kurdish leaders are in no hurry. They find that their people’s commitment to the independence, even though it is unconsummated, arms them with an ace in the hole for the lengthy negotiations ahead with the Baghdad government on separation – and possibly on rights for their fellow communities as well, with Ankara, Tehran and Syria.

These negotiations are likely to wind back and forth and erupt into violent outbreaks, with the potential for inflaming the national ambitions of the Kurdish communities outside Iraq. Turkey has the largest Kurdish minority – 15 million; Iran around 6 million; and Syria 2 million – together with Iraq a total of 35 million, who dwell in regions fragmented among the four neighboring countries. The Kurdish national struggle carries the potential of being caught up in a bloody conflict with Sunni Arab or Shiite Iranian opponents, with unpredictable consequences.
The most immediate prospect now is an Iraqi-Kurdish confrontation, triggered not just by the Kurds’ national referendum, but by the battle for control of Iraq’s northern oilfields, centering on Kirkuk.

The Kurds cherish Kirkuk as their Jerusalem, whereas for Baghdad, it represents one-quarter of the oil produced in the northern region.

Russia is the only world power which has not publicly condemned the Kurds for their referendum  – for the very good reason that the Russian energy giant, Rosneft, last week announced a pledge estimated at $4 billion for the development of Kurdish oil and gas fields for domestic consumption and eventual export.

Barzani not only has his tanks on the ready, but also a timely big-power insurance guarantee  Moscow is hardly likely to let the Iraqi army attack Kirkuk, after successfully planting there Russia’s first strategic foothold in Iraq, since the Americans toppled Saddam Hussein in 2003.

And so the Kurds can continue to safely pump around 600,000 barrels of oil a day under their tricolor red, white and green flag, set with a blazing sun.

18 thoughts on “Iraqi Kurds vote for independence. Barzani: Our borders lie where our tanks stop”