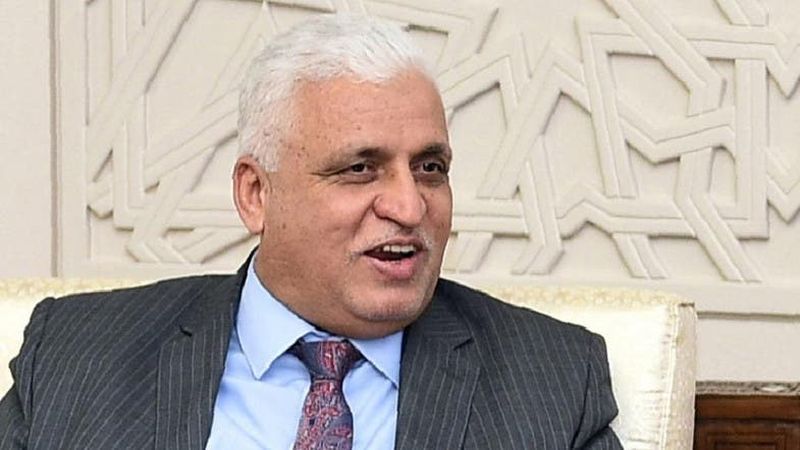 The senior commander of Iraq’s largest Shiite militia, the Iran-backed Popular Mobilization Forces PMU), was made very welcome when he arrived in Moscow on Sept. 3 on an arms shopping trip. During his four-day stay, Fatih al-Fayyadh was received by top level figures, Secretary of the Russian Security Council, Nikolai Patrushev, presidential envoy for Syria Alexander Lavrentiev and Deputy Foreign Minister Sergey Vershinin. He placed before them the PMU’s bid for Russian air defense weapons able to cope with Israeli warplanes and missiles. According to the official communique, they discussed “anti-terrorist cooperation,” “ways to achieve regional stability and security” and the need to “avoid foreign intervention” — a not-so-subtle reference to downgrading US engagement in Iraq

Al-Fayyadh turned to Moscow rather than Tehran to avoid running into objections from Iraqi Prime Minister Adel Abdul-Mahdi and the US Central Command. He took care, DEBKA Weekly’s military sources report, to call on the prime minister and obtain his approval before flying to the Russian capital. He also cleared the mission with his powerful deputy, Abu Mahdi al-Muhandis, who answers directly to the Iranian Revolutionary Guards Al Qods Brigades chief Gen. Qassem Soleimani.

For the Kremlin, the surprise visitor opened a door shut against Moscow for years, to expand the markets across the Middle East for its air defense systems, beyond its current customers, Syria and Turkey. Iraq is especially prized. There, since the early 2000s, Russian has sought in vain for a military foothold.

Russia’s defense chiefs therefore offered to rush forward a detailed plan for installing an air defense network at PMU bases in Iraq, the icing on the cake being the chance to get Russian military officers inside those bases.

In a few short months therefore, PMU units can expect to be armed with their first two-part air defense system, consisting of Russian-made missile batteries and Iranian-manufactured drones of two kinds – one carrying explosives and the other for gathering intelligence and filming.

The PMU militia now needs to find two locations for accommodating the new system when it is ready for delivery. Western intelligence watchers familiar with the workings of Iraq’s Shiite militia network, believe PMU chiefs will prefer to set up air bases in locations not too far from Baghdad and its international airport, 16 km west of the capital’s downtown.

From those bases, the PMU will be able to take advantage of the progress made by the Hezbollah Brigades militia, Muhandis’ protégé, in infiltrating the international airport from the inside.

That tame militia has been quietly inserting its adherents into senior staff positions in the management of the international airport, Iraq’s largest, as well as planting them among the high-ups of Iraqi Airways, the national air carrier. This scheme is opening the airport up for the free use of Iranian jets. It also secures a new source of revenue for the “axis of resistance,” a coalition of assorted pro-Iranian militias in Iraq. A recent Iraqi investigation discovered belatedly that Hezbollah agents had gained control of the company that monitors travelers’ luggage and the shipments of goods and freights passing through Baghdad international airport. Iraqi government monitors are finding it increasingly hard to obtain access for examining the freights carried by Iranian aircraft using the airport. Certain passengers, too, are evading controls. In some cases, the security authorities are being forced to ignore travel ban decrees and look the other way when wanted felons or corrupt politicians fly out by air.

While Russia hopes to gain a military foothold in Iraq by supplying arms to a pro-Iranian militia, Tehran is capitalizing on this situation to move in on Iraq’s main international airport. Baghdad is shaping up as the third international commercial air facility available for Iranian use. Its flights there are less exposed to Israeli attacks than its air traffic through Damascus and Beirut.