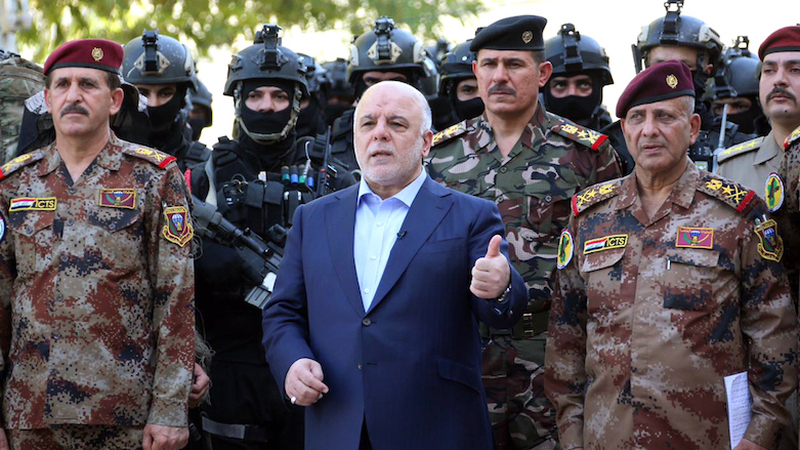 The wild cards invading Baghdad’s political scene make it all but impossible to predict the outcome of Iraq’s general election which will take place on May 2018, if the date is approved by Parliament. The only consensus among all the experts and pundits is that this election will be crucial for the destiny of Iraq. But no one is sticking his/her neck out to pick the winner.

Dominating the scene at present is an broad mix of Shiite groupings and factions.

Will the incumbent prime minister, Haydar al-Abadi’s Al Dawa party carry the day on its own with the slogan of national unity? Or will it be challenged by a shared candidate of the two leading Shiite parties, the Islamic Supreme Council of Iraq and the Sadrist movement, if they decide to run together? And how deeply will Iran be involved in shaping the next government?

DEBKA Weekly’s Middle East sources identify the main wild cards in the pack as the Popular Mobilization Forces (PMU) and the Bader Brigades. They are preparing to enter politics after successfully leading wars on ISIS and the Kurds this year, under the command of the Iranian Revolutionary Guards Al Qods chief Gen. Qassem Soleimani. They are still fighting the jihadist group in western Iraq and in Syria, under the same commander.

Some experts foresee a parliamentary majority for these militias if they decide to take a page out of the Lebanese Shiite Hizballah’s book and run for parliament. Their win would thrust the Sunni Muslim and Kurdish factions to the sidelines, and set the scene for an Iranian takeover in Baghdad that could place Iraq’s three mainstream communities on the road to an eventual civil war.

Open-eyed to this scenario, the Gulf Arab nations, led by Saudi Arabia, have launched preventive action by promoting a political alliance between Al-Abadi and the powerful Shiite cleric Muqtada al-Sadr – away from Iran’s clutches. Earlier this year, Saudi Crown Prince Muhammed bin Salman visited Baghdad to encourage Abadi to go forward with the alliance and Sadr was warmly welcomed in Riyadh and Abu Dhabi.

On Monday, Dec. 11, the cleric showed goodwill towards Abadi by ordering the members of the Saraya al-Salam militia, his Sadrist movement’s military wing, to surrender their weapons to the Iraqi government after they defeated the Islamic State in battle.

There is no guarantee in Iraq’s volatile politics that the alliance will hold, or that it will be strong enough to win the election against the pro-Iranian Shiite militias and factions running in the guise of political parties. It is anyone’s guess whether the Abadi-Sadr alliance will survive defeat at the polls. As for Iran’s intentions, expert opinion is divided.

One school argues that Iran is standing at the door waiting for its pawns to carry the day in the May poll and hand over the keys to Baghdad as a new Iranian colony.

Another school, led by some American intelligence experts on Iraqi politics, dispute this. They maintain that Iran is too canny to burden itself with Iraq’s manifold problems and will not be eager to acquire a colony so troublesome. They say that Tehran has limited itself to clear strategic objectives in its neighbor which are of equal importance:

Another question exercising the experts is this: Does Iran have total control over Iraq’s Shiite militias? Some say that for their chiefs to defy orders from Tehran is unthinkable. Many others contend that those chiefs are so buoyed up this year’s successful war campaigns against the Islamic State and the Kurds – and their takeover of the Kirkuk oilfields in northern Iraq – that they may have enough self-confidence to strike out on their own and do without Iranian military backing. This propensity was boosted by the Iraqi parliament’s decision earlier this year to integrate the Shiite militias in the national army on an equal footing.