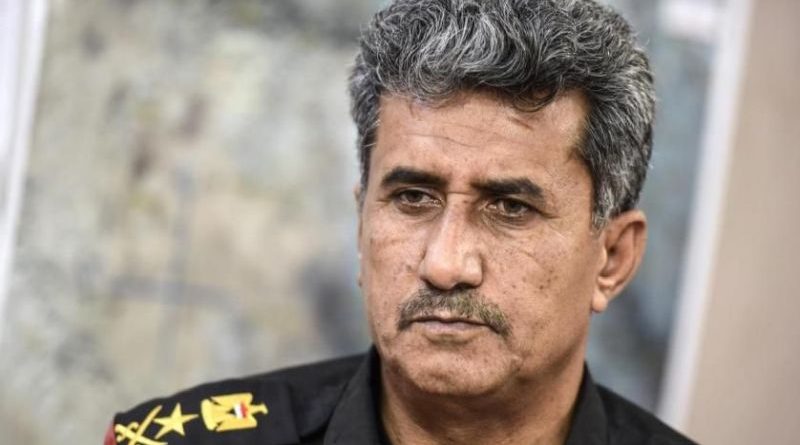 The prominent Iraqi Shiite cleric Muqtada Sadr this week undertook an urgent mission for quelling the months of divisive Shiite turmoil besetting his country and a bid to install a government of nonpartisan technocrats in Baghdad. As his candidate for next prime minister, Sadr taps Lt. Gen. Abdul-Wahab a-Saadi, the former chief of the Iraqi army’s Counter-Terrorism Service, known as the “Golden Division,” who led the operation to defeat the Islamic State in 2017.

Sadr traveled to Qom this week in pursuit of this complicated mission. He sought to gain the support of Iran’s Shiite clergy for his plans, maintaining that Shiite unity was at risk because the politicians in Baghdad and Tehran were driving a wedge between the two religious centers of Qom in Iran and Najaf in Iraq. The protests sweeping southern Iraq and Baghdad had turned divisive and must be stopped.

The outcome of Sadr’s mission to Iran’s holy city was not revealed, since the senior ayatollahs politely declined to publicly criticize the Iraq policy led by the supreme leader Ayatollah Ali Khamenei, or the way it was handled by Revolutionary Guards al Qods chief Gen. Qassem Soleimani. Iran’s religious establishment had decided on non-intervention for the moment.

Neither is it altogether clear how far Iraq’s leading cleric, Grand Ayatollah Ali Sistani, supports Sadr’s initiative, although they have cooperated until now in backing the anti-government, anti-Iran protest movement.

But his actions had quickly raised enough dust for his antagonists to issue an unambiguous warning-off. On Saturday, Dec. 7, while the Iraqi cleric was talking to the ayatollahs in Qom, a rocket exploded outside his home in Najaf. It caused no casualties. However, according to DEBKA Weekly’s sources, the attack came on the orders of Qais al-Khazali, head of the Shiite Asaiib Ah al-Haq militia aka the Khazali Network. It was a warning that the next time the Iranian cleric would suffer a direct hit, if he continued his efforts to establish a government without representation for the pro-Iranian militias.

Khazali’s militia defers directly to Gen. Soleimani, the commander of Iran’s Middle East warfronts. (This Iraqi militia chief was last week targeted for US sanctions for the mass killings of demonstrators in Iraq’s ongoing protests.)

Sadr believes that a government of technocrats is the most effective tool for curtailing Iran’s interference and influence in Iraq’s governing institutions. Its meddling ran out of control during the premiership of Adel Al-Mahdi, who was forced by popular demand to step down last week. The cleric hopes to persuade Gen. Al-Saadi to replace him at the head of a nonpartisan government. At 56, he is an acclaimed popular hero for leading the campaign to drive ISIS out of Mosul and root the jihadists out of Iraq. A Shiite, born in the Sadr City district of Baghdad, a Sadrist stronghold, the general is a professional soldier, charismatic, devoid of political alliances and, most convincingly for Sadr and the protest movement, an honest man who has never misused public funds. The Golden Division, which he headed, was set up and trained by the US.

Moqtada Sadr reckons that the general’s very appointment as prime minister would in itself begin loosening Iran’s grip on Baghdad. In the light of Sadr’s initiative, DEBKA Weekly’s Iranian sources report that the regime in Tehran ordered Gen. Soleimani to stay out of Baghdad and the Shiite cities of southern Iraq, because his visible presence there further energized the Iraqi cleric in his resolve to erase the Iranian footprint. Soleimani was thus forced to accept that he had lost out in his tactics to impose Iran’s will on Baghdad through the leverage of local Shiite militias.