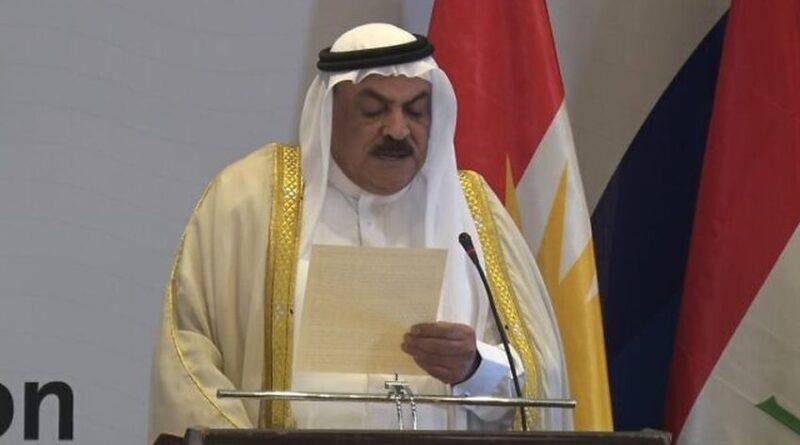 Calls to establish Iraq as a federation of three states for the Sunni, Shiite and Kurdish communities were issued on Friday, Sept. 24 by 300 prominent leaders from Irbil, capital of semi-autonomous Kurdistan. Since the Kurds of Iraq have achieved self-rule and conduct independent foreign and security policies, and Shiites rule Baghdad – albeit bitterly riven between pro and anti-Iran elements – the campaign launched on Friday focused in fact on the Sunni claim. Their territory ranges across the central and western provinces of Iraq and they have already begun to flex autonomous muscles. Last week, local Sunni leaders initiated the opening of the first land crossing between Iraq and Saudi Arabia in the western province of Anbar.

The Irbil gathering pressed equally for the emergent Sunni State of Iraq to recognize Israel with full diplomatic and economic ties. Although Shiites are a majority, in Iraq, the 10 million Sunnis and 9 million Kurds represent 45 percent of the population. Both have come out strongly in favor of joining the epic Abraham Accords signed by the US, Israel, the United Arab Emirates and Bahrain a year ago.

In a keynote speech to the gathering, Sheikh Wissam al-Hardan (see photo) chief of the Shammar tribe, the largest in Iraq with communities in Syria and Jordan, and a close Saudi ally, told the gathering: “We demand full diplomatic relations with the State of Israel, and a new policy of normalization based on people-to-people relations with the citizens of that country.”

Al-Hardan contrasted the states that had joined the Abraham Accords with what he deemed the “warlordism and devastation” that reigned elsewhere in the region. “We must choose between tyranny and chaos on the one hand, and an emerging axis of legality, decency, peace, and progress on the other,” he said.

These affirmations by a prominent Arab leader in a country under heavy Iranian influence was a striking anomaly. It was moreover echoed by none other than a prominent Shiite military officer.

Maj. Gen. Amir al-Jubouri, an acclaimed figure for leading the Iraqi military forces that drove ISIS out of Iraq, had this to say: “Abraham, peace be upon him, birthed a nation that paved the way for peace. Today, we and all his descendants from the three main religions bear responsibility to complete this path together.”

Iraq has officially been at war with Israel since the Jewish state was founded in 1948. Iraqi soldiers have fought in three successive Arab wars against Israel. After Zionism became a crime punishable by death, between 1950 and 1952, over 100,000 Iraqi Jews emigrated to Israel as part of Operation Ezra and Nehemiah. They were driven to escape further decades of repression and war.

Calling the expulsion of Iraq’s Jews “the most infamous act” in the country’s decline, Al- Hardan wrote in a Wall Street Journal op-ed on Friday that Iraq “must reconnect with the whole of our diaspora, including these Jews.”

Prime Minister Naftali Bennett said Saturday night that “Israel extends its hand back in peace” to the “hundreds of Iraqi public figures, Sunnis and Shiites, gathered yesterday to call for peace with Israel.” He stressed: “This is a call that comes from below and not from above, from the people and not from the government, and the recognition of the historical injustice done to the Jews of Iraq is especially important.”