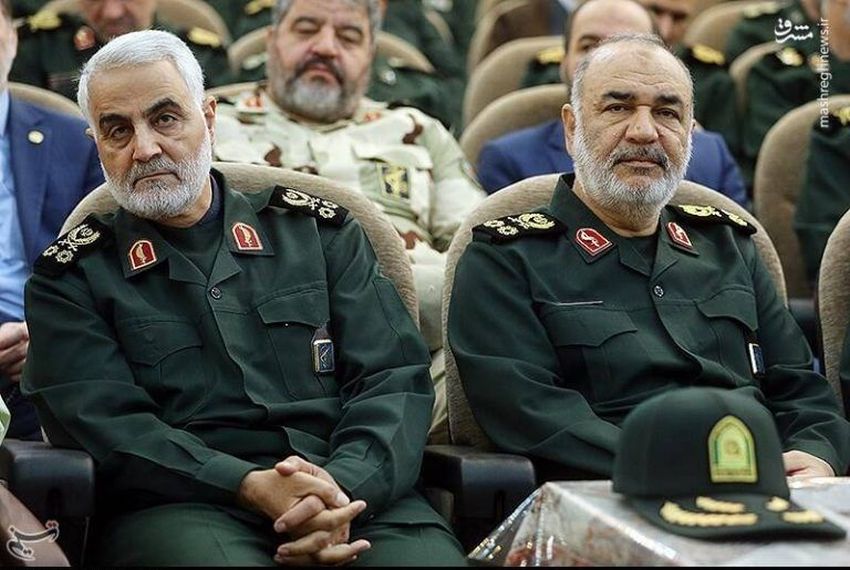 DEBKAfile Exclusive:  Only an extraordinary errand would have brought two top Iranian generals, IRGC chief Maj. Gen, Hossein Salami and Al Qods’ Qassem Soleimani, flying to Beirut for a secret conclave with Hizballah’s Hassan Nasrallah. But DEBKAfile reports exclusively that this is what happened on the night of Aug. 22, shortly after the thwarting of Iran’s first attempt to launch 4 killer drones into Israel from Syria.

Our sources report the two key Iranian Guards generals, who were never before known to have flown out of Iran together, spent three and-a-half hours talking to the Hizballah chief before leaving the Lebanese capital as quietly as they came. The content of this singular meeting has not been established for sure by any intelligence agency, but it is generally believed to have been called as a counsel of war to set out a joint program of operations against US and Israeli Middle East targets in the coming weeks.

A partial parallel may be drawn between this event and a meeting 12 years ago.  On July 19, 200, Nasrallah travelled to Damascus to sit down with then Iranian President Ahmadinejad and Syrian President Bashar Assad. They met to outline a common Iranian-Hizballah-Syrian plan of action against Israel as a sequel to the 2006 Israel-Lebanon war. This time, Assad was conspicuously absent from the deliberations, evidence of his decision in recent weeks to draw some distance from Tehran and deepen his cooperation with Moscow.
It is also worth noting that Moscow hastened to step into the exchange of fire between Hizballah in Lebanon and the IDF on Sunday, Sept. 1, Russian commanders in Syria carried messages between the warring sides to keep the flareup in check and prevent it escalating into all-out war. This would have damaged Russian interests in Syria.

This and other incidents in the region in the last 10 days were evidently the outcome of last month’s extraordinary summit in Beirut. The process they set in motion is clearly only at its outset.