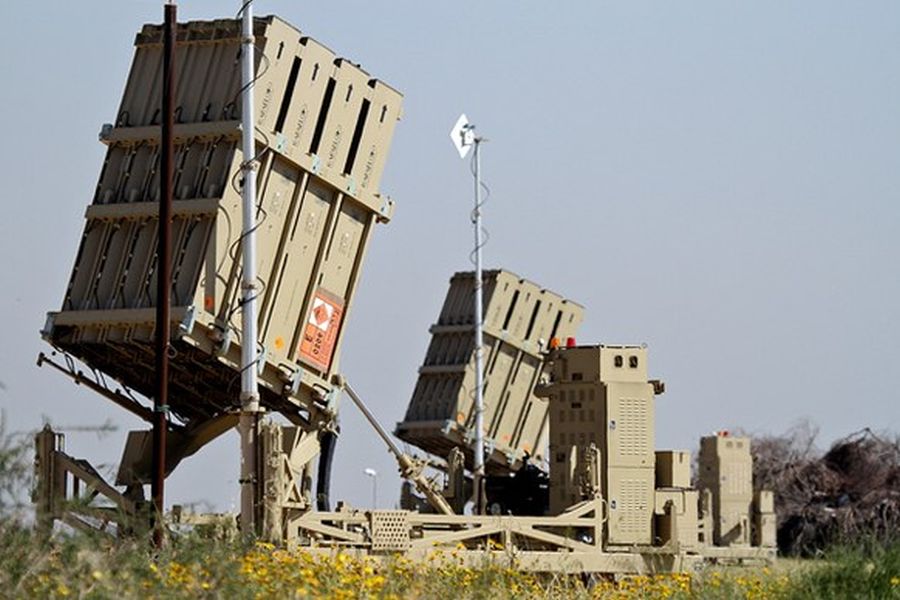 That Israel’s Iron Dome missile defense system was deceived into firing interceptors against non-targets has given Hamas an unexpected leg up in its coming showdown with the IDF.  On Monday, March 26, high-ranking Israeli officials and military brass made an effort to dismiss this incident which occurred the night before as a mere “technical malfunction’ that would soon be repaired. The multiple explosions caused by active Iron Dome interceptions of thin air sent more than a million civilians living in Sderot and Ashkelon scrambling for shelters. One local reporter claimed excitedly that he had witnessed “the heaviest rocket barrage” since the Gaza war four years ago.

The former OC southern command, Housing Minister Yoav Galant, led the chorus of reassurance: “So what if there was a technical fault? We’ll get it fixed. Iron Dome has brought huge benefits.” The panic began to subside late Sunday night when the Israeli military spokesman announced that the rocket alert and anti-missile fire were triggered by heavy machine gun fire occurring as part of an ongoing Hamas drill in the Gaza Strip. The incident would be investigated, he said, moving on to announce that the IDF had raided another two Hamas lookout points in the enclave.

But this was not the only notable incident in the run-up to the major operation, the “March of Millions,” which Hamas has scheduled for the six weeks beginning on Passover Eve, March 30, and ending on May 15 when Israel celebrates its 70th anniversary.

1. Four Hamas operatives cut through Israel’s border fence outside the Gaza Strip in and walked through in broad
daylight, without the benefit of a tunnel. They then flaunted their ability to commit an act of sabotage like a regular commando unit.

2. The first large-scale military drill Hamas had ever launched was accompanied by an announcement: “We are now an army” – a claim of respectability by a notorious terrorist group to which Israel has made no response.
3. Israel’s prized Iron Dome missile defense system exposed vulnerability to a false alarm. This most likely happened by chance, rather than Hamas trickery, but it gave Iran and its Lebanese pawn, Hizballah, key information they had sought for four years.

Uzi Rabin, father of Israel’s missile and missile defense programs, published an article a week ago under the caption, ”The strategic significance of civil defense against rocket attack.” His most telling conclusion after detailed analysis is this: “In asymmetrical wars, warfare is weighted most heavily against the population of the antagonist, not its army. One of the most important lessons of the [2014] Gaza war was that effective defense of the home front counterbalances this asymmetry and gives the two parties a measure of parity.”

Using Rabin’s yardstick, DEBKAfile finds that the events centering on the Gaza Strip on Sunday tilted the balance of parity between the IDF and Hamas in favor of the latter. If Iron Dome can be tricked into firing at non-existent rockets, it can also be fooled into missing real rockets. This was a failure of the system’s software. Although the IDF’s electronic whiz kids will repair this fault, it might take some time. The civilian population meanwhile remains exposed. While the Iron Dome, a unique short-range anti-missile system, was a critical element in Israel’s success against Hamas’s rocket war, some experts have accused the IDF of exaggerating its capabilities. The way it fell victim to the false alarm of heavy machine gun fire may strengthen this argument and call for another round of enemy rockets to determine whether the newfound fault is fixed.
It must be said that the manifestation of Iron Dome’s imperfection has imbued the coming contest between the IDF and Hamas with an unexpected new dimension. Defense Minister Avigdor Lieberman decided not to rely on the inadequate IDF spokesman’s communiques to lift morale among the troops and the general public after these setbacks. Instead, he weighed in Monday to confirm that the Trump administration had allocated $705m in funding aid for the continued production of Israel’s three-tier missile defense system. This was the largest amount the US had ever granted for Israel’s missile defense program, and a vote of confidence inter alia for Iron Dome.