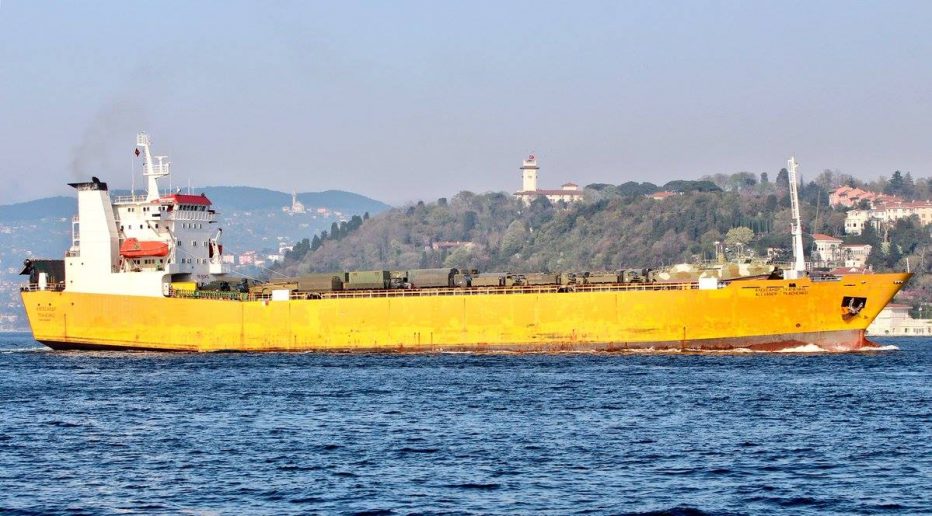 As Israel celebrated its 70th anniversary, a Russian ship unloaded a suspect military cargo from a freighter at the Syrian port of Tartous. Was Moscow answering Israel’s celebration by delivering advanced S-300 air defense missiles as a show of support for Bashar Assad?
This not confirmed. However, DEBKAfile’s military sources report that the Russians undoubtedly took advantage of Israel’s preoccupation with its Independence Day revelries to deliver advanced weapons systems for the Syrian army. The Russian ship docked in Tartous on Wednesday afternoon, April 18. Before unloading it, they positioned in the Russian section of the port giant compressors which spewed thick gaseous clouds over the operation to hide it from oversight by Israel’s surveillance planes, drones and satellites.  This tactic intensified Israel’s suspicion that the cargo included S-300 weapons systems.
On Tuesday, April 17, Russian Foreign Minister Sergei Lavrov said Moscow had refused Syria’s demand for the advanced S-300 missiles, but since the “appalling act of aggression” committed by the US, France and Britain, “Moscow was ready to consider any means to help the Syrian army curb further aggression.”

According to our military sources, the Russian vessel was sighted crossing through the Bosporus near Istanbul on Monday, i.e., just two days after the Western strike on Syria’s chemical sites. No attempt was made to conceal the presence on its decks of military equipment, which looked like the command vehicles of missile batteries and radar apparatus. The ship was loaded at the Russian military port of Novorossiysk on the Black Sea.