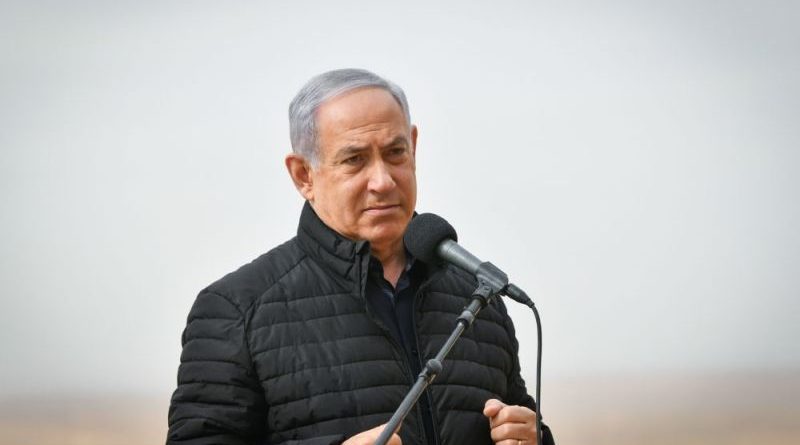 Under siege at every hand, it is hard to see how Binyamin Netanyahu, 70, Israel’s longest-running prime minister, can pull off a win for his Likud party in the March 2, 2020 election and lead another government. He failed to pull together a coalition government after two previous rounds of election in April and September and there are no signs that comparable figures among the parties in March will be more favorable. Indeed, the last opinion polls predicted that Likud will slip marginally against the aspiring Kahol Lavan (Blue-White) led by Benny Gantz.

Ranged against the prime minister are the indictments for bribery, breach of faith and fraud, brought against him in late November by Attorney General Avihai Mendelblitt, which Netanyahu castigated as a coup conspiracy by the legal authorities. Netanyahu later withdrew the charge, asserting he had every faith in the judicial process and was confident that a court would clear him of all charges.

Next came a spate of rumors. One alleged that he planned to invoke his legal right to immunity from prosecution while serving as prime minister by seeking Knesset majority endorsement. Another asserted that he had struck a deal with the prosecution for a presidential amnesty to avoid standing trial, in return for his consent to retire from politics.

(There are precedents. Former President Ezer Weizman in 2000 and heads of the Shin Bet security service in 1986 ended their careers in return for immunity.)

Even if those rumors are unfounded, this concerted campaign to oust him no matter how casts an inauspicious cloud over the Netanyahu campaign for re-election.

The March poll, like its two predecessors, is not being fought over ideas, economic, security or other lapses – ideologically Likud and Kahol Lavan are very much alike – but purely over personality, Binyamin Netanyahu’s. United by their implacable resolve to displace him are Benny Gantz, a former IDF chief of staff with no political resume, two other former chiefs of staff, one of whom served as defense minister in a Netanyahu government, and a fringe politician. This foursome feels they are riding high after holding the prime minister to siege in two former ballots and raring to press their advantage for a final kill in March.

Although Netanyahu’s Bloc of 55 – his own Likud at the head of a right-wing, religious camp – has held firm throughout these battles, this week, he faced his first challenge on home ground. An old rival, MK Gideon Saar, pushed through a Likud leadership primary to take place on Dec. 26. Although the prime minister is sure to beat him in the vote, critical eyes will be watching the size of his majority. Any figure below 80pc will further weaken his hand for leading the Likud campaign to victory.

While the walls close in around Netanyahu, his leading opponent Benny Gantz has squandered some of the positive vibes greeting a fresh new face last April. Two ballots failed to catapult him to the premiership. The results of Likud and Kahol Lavan were almost too close to call. Neither commanded the 61 seat-majority needed for a coalition government. To pull ahead, Gantz needs a new message: lambasting Netanyahu is a refrain too often repeated to cut much ice with the voter. Since they’ve heard all the slogans twice before, ordinary Israelis who looked for something different last April have lost interest. Likud, too, must come up with a stratagem for bringing home the 300,000 voters who deserted the party last time around – if Netanyahu is to survive for another term.