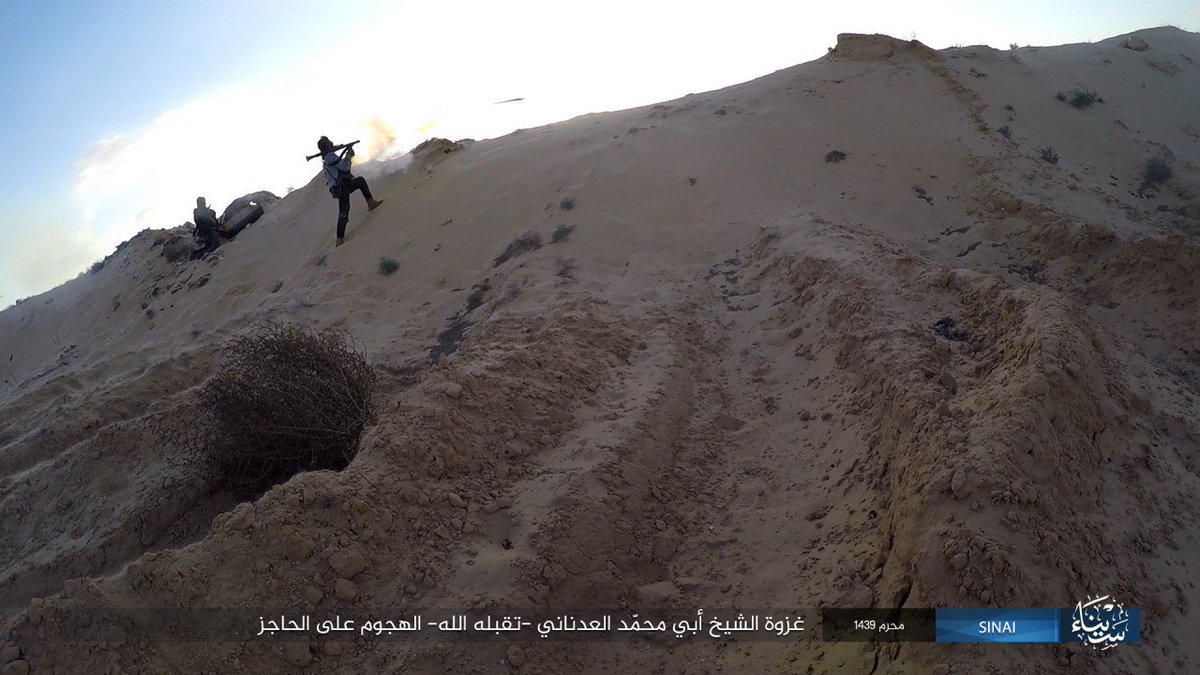 El Arish airports was struck by an ISIS missile Tuesday, Dec. 19, after two Egyptian ministers had landed there. Neither was harmed, but an unknown number of officers were killed or injured.
Defense Minister Sedki Sobhy and Minister of Interior Affairs Magdy Abdel-Ghaffar had arrived for an inspection of the security situation in northern Sinai, after the most brutal Islamic State attack in modern Egyptian history. The terrorist attack at the al-Rawdi Sufi mosque on Nov. 24 during Friday prayers claimed 309 lives, including 24 children, and injured 128. President Abdel Fattah El Sisi then ordered the Ministers of Defense and Interior to eliminate armed activity in northern Sinai within three months.

The attack Tuesday was the closest ISIS’ Sinai affiliate had ever come to threatening the lives of Egyptian ministers. Neither was hurt, but it was a close shave. Some of the officers accompanying them are believed to have been killed or injured; a number of aircraft on the runways of the military airport were damaged, including a helicopter which was wrecked and may have carried the two ministers to El Arish. ISIS later claimed the airport attack. An official statement later said that “security forces have dealt with the source of fire and secured the surrounding area.”

DEBKAfile’s military sources note that, despite Egypt’s official efforts to play down the impact of the Sinai jihadists’ airport strike, it is evident that they were armed with prior intelligence about the arrival time in El Arish of the two Egyptian ministers in charge of the war on Islamist terror. It had most likely come from an informer – either on the airport staff or employed in the surrounding facilities. The ISIS affiliate, although its missile missed the two ministers, managed to reach inside the military airport, firing it from a site in the surrounding dunes.

The next day, the Egyptian president called a meeting with the defense and interior ministers for a report on the airport attack. Presidential spokesman Bassam Rady said that they also reported on”the measures and procedures put in place for fighting terrorism and establishing security and stability in northern Sinai, after checking on the forces and security conditions there.”