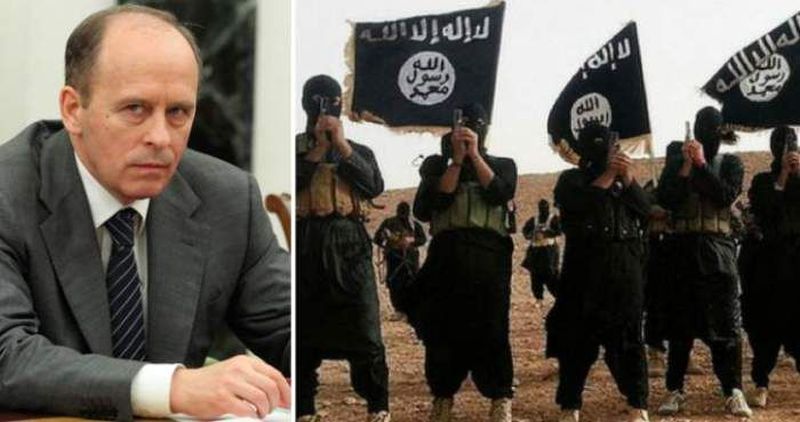 The Islamic State, ISIS, will try to regroup and form a new global terrorist network, even if it is defeated in Syria and Iraq. This prognosis was offered by Alexander Bortnikov, head of Russia’s Federal Security Service (FSB) in the week that ISIS lost its Syrian “capital” of Raqqa.

It captured in a nutshell the gloomy outlook dominating the thinking in the security services of the countries targeted by the Islamic State for terror.

Speaking this week in Krasnodar at a summit of 74 law enforcement agencies, Bortnikov said that the jihadi group’s efforts to create a caliphate had been practically defeated and its territorial control in two Middle Eastern countries had accordingly shrunk. However, he stressed, the leadership of ISIS and group it supports “have likely already given its operatives a global strategic task to rebrand their jihadi cause internationally.”

Sources of the US-led coalition dedicated to the war on ISIS estimated in figures released on Tuesday, Oct. 17, that the Islamic State had lost 86 percent of the territory which it had occupied from 2014 up until mid-2016 and 6-8 million people living under their rule had been liberated.

The coalition sources did not specify which pieces of land and populations had been set free by US-backed local forces and which by troops under Russian auspices, or how many of the “liberated” inhabitants had died or fled and were living as refugees far from their homes.

Like them, the Russian spy chief focused on the next chapter in the jihadists’ book of atrocties, citing evidence of the “nature and expanding geography of their most recent terror attacks.” In 2017 alone, terrorism claimed hundreds of victims in Afghanistan, Syria, Iran, Iraq, Egypt, Mali, Turkey, Russia, Great Britain, Spain, Sweden and Finland.

At present, after its defeats in Syria and Iraq, ISIS strategists are intent on showing “its current and potential members and its sponsors, a continuum and capability for executing future activities,” Bortnikov explained.

But it should be remembered that some of its worst atrocities, including one against Russia, were committed two years prior to its territorial losses.

In late 2015, the jihadists blew up a Russian airliner over Sinai, killing 224 people; a few months earlier, a single murderous rampage in Paris claimed 130 lives. Then came the Brussels airport attack in March 2016, killing 32 people, followed by the truck ramming into a Bastille Day crowd in Nice, killing 86.

At least two of these outrages were perpetrated by multiple killers working as a team. More recently, the attacks are mostly carried out by lone terrorists incited – or inspired – from a distance, the Russian spy chief noted.

Network leaders were anyway beginning to tell their followers in targeted countries not to come to Syria and Iraq, but to stay where they live and organize “demonstrative terrorist attacks against a peaceful population.”

Bortnikov warned that a spreading trend, which he labeled “autonomous jihad,” was raising great concern among the anti-terror agencies.

The Russian security chief’s dark forecast and concerns were shared by Andrew Parker, head of the British MI5 domestic security service. Speaking in London Tuesday, he revealed that his service was running 500 live operations covering 3,000 individuals who were involved in “extremist activity in some way.”

Twenty terrorist attacks had been foiled in the last four years, including seven in the last seven months, Parker said. “They were all related to Islamist extremism.”

He termed the threat “multi-dimensional, evolving rapidly and operating at a scale and pace we’ve not seen before.”

He explained that one of MI5’s main challenges is that “We only ever have fragments of information and we have to try to assemble a picture of what might happen, based on those fragments.” This was Parker’s answer when he was asked why an individual who made no secret of his affiliation with jihadist extremism was allowed to launch a deadly attack.

Turning to another difficulty, the MI5 chief noted: “The threat is more diverse than I’ve ever known: Plots are developed here in the UK, but plots are directed from overseas as well; Plots online; complex scheming and also crude stabbings; lengthy planning – but also spontaneous attacks; extremists of all ages, gender and backgrounds, united only by the toxic ideology of violent victory that drives them.”

Neither Alexander Bortnikov nor Andrew Parker, who head their nations’ campaign against domestic terror, mentioned their two flops this year – both involving attacks on their underground rail systems.

The FSB has not run to earth the perpetrators of the bombing attack of April 3 on the Saint Petersburg Metro train between the Sennaya Ploshchad and Tekhnologichesky Institute stations, in which seven people were killed on the spot and eight of the 45 injured victims died later.

A second explosive device contained in a briefcase was defused at the Ploshchad Vosstaniya station.

MI5, too, is still looking for the culprit who planted an improvised explosive device on the London Underground on Sept. 15. Twenty-nine people were injured, when it partially detonated on the Tube train as it pulled into the Parsons Green station from Wimbledon.

A month later, on Tuesday, Oct. 17, a man aged 20 died and two others were injured in a stabbing attack outside the same London station, Parsons Green.