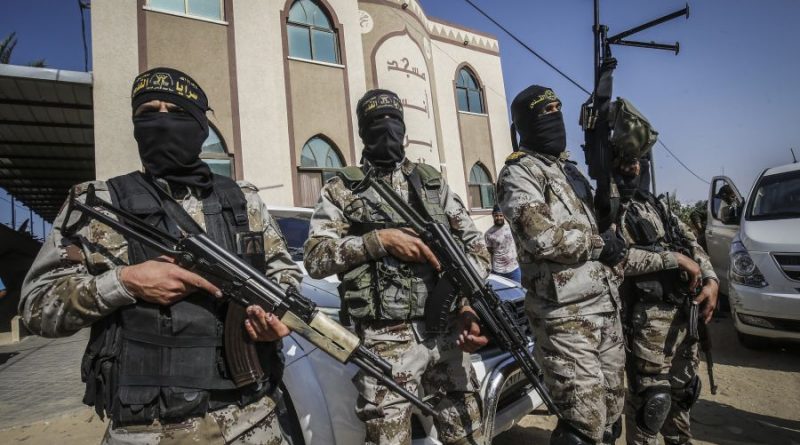 The Israeli air force struck Islamic Jihad targets in Gaza early Friday, Nov. 15, after several rounds of Palestinian rocket fire blew away the “ceasefire” shortly after it went into effect early Thursday. The rockets were aimed at Sderot and other locations near the border, after the IDF Home Command had assured citizens they could come out of their shelters after 48 hours of confinement. Iron Dome went into action three times. Overnight, Israeli air strikes demolished a Jihad missile components plant and the Khan Younis Brigade command center.

The Palestinian terrorist Islamic Jihad group is using the “ceasefire” for a sly subterfuge. While pretending to accept the truce, for the benefit of the IDF and the UN and Egyptian peace brokers, they continued to shoot rockets, putting the blame on “rogue” elements out of their control.

DEBKAfile’s military and intelligence sources stress that this is hogwash. Those rockets come straight out of the Jihad arsenal. They are put in the hands of dissident elements critical of the ceasefire and serve the group’s strategy for subjecting Israel to a drawn-out war of attrition. This is intended to keep Israel constantly on the hop by unexpected bursts of short-range rocket fire coming after calm passages.

On Thursday, Israel’s leaders patted themselves on the back for coming out of Jihad’s rocket war without a single casualty, wiping out much of its war machine and liquidating a score or more of wanted terrorists. The onset of a war of attrition hardly came up. But it was uppermost in the minds of the dwellers of Sderot and the dozen locations within easy rocket range of the Gaza Strip. Heads of the local councils countermanded a IDF Home Command directives and ordered their schools to remain closed on Friday.