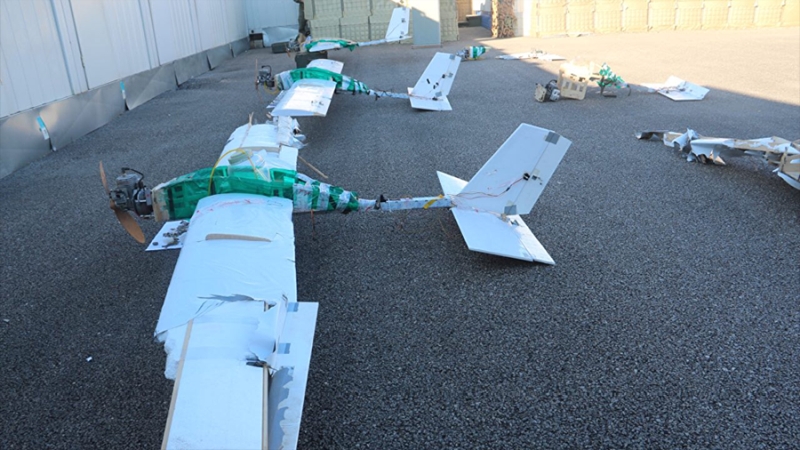 The first appearance of armed unmanned aerial vehicles in Islamist terrorist hands over Syria in recent weeks brings word of a fundamental upgrade of their war and terror capabilities:

It is accompanied by five grim features, outlined here by DEBKA Weekly:

One: They turned up first on Dec. 29, eighteen days after President Vladimir Putin visited the Khmeimim air base in Latakia and told the Russian military personnel serving there to start packing their bags for home after their victory in Syria.

Two: The armed drones were apparently wielded by the Islamist group, Hayat Tahrir al-Sham (the former Nusra Front allied to Al Qaeda), after an unknown supplier gave them the technology for constructing and operating them, and taught them how to navigate the UAVs using modern guidance technologies on satellite GPS.

(More about the technology further down.)

As to motive, the mystery supplier seemed intent on debunking the Russian contention, partly endorsed by Washington, that the Syrian war was over by jumping it up into a new dimension: an air combat weapon for Islamist terrorists.

Three: Hayat Tahrir al-Sham controls Idlib province on Syria’s northwestern border adjacent to Turkey. The Syrian army, Hizballah and pro-Iranian Shiite militia forces are engaged in a major operation to throw them out. By upgrading the Islamists war machine and pointing it at Russian targets, someone is hoping to persuade Moscow to withdraw its air support from Syrian army and its allies fighting to gain Idlib. The party with the most conspicuous interest in preventing the province from falling to the Syrian government and pro-Iranian militias is Turkey. Therefore, Turkish MIT is strongly suspected of supplying the Syrian Islamist group with the sophisticated drones.

After confirming this, Moscow charged Thursday, Jan. 11, that the massive drone attack on two Russian bases in Syria on Jan. 6, was launched from an area in the northern Syrian province of Idlib controlled by Turkish-backed rebel forces. Moscow sent a stern protest to Ankara charging Turkey with violating its de-escalation zones agreement with Russia and Iran.

Four: Their transfer to the Hayat Tahrir al-Sham poses two major setbacks for the war on terror:

Five: Once in possession of the prototype, there is nothing to stop the jihadists from further upgrades and adaptations to their special goals.

Six: The Russians referred to the first attacks, starting on Dec. 21 as “shelling by militants” – either to blunt the impact of the jihadists’ new UAV capability or because they had not yet caught on to the threat. These incidents were apparently a buildup for the main performance. But by then, the Russians were ready. When on Jan 6, a swarm of 13 armed drones moved in to attack two Russian targets – the Tartus Naval Base and the Khmeimim Air Base – only three breached the air base perimeter. The rest were neutralized before they caused damage – six were controlled by electronic warfare devices and three captured intact. The other seven were shot down by Pantsir-S1 air defense systems (NATO-coded SA-22) and heavy machine gun fire.

Examined in Russian labs, the captured drones were found to carry two bomblets each containing “professionally assembled explosives” activated by foreign-made mortar fuses. The fuselage box had room for another explosive charge. Lacking cameras, these UAVs have built in autopilot control, using pressure transducers for altitude control and servo actuators to move the control surfaces and GPS for guidance. Their bomb release function also appears to be autonomous, which outfits them for use as “suicide drones.” Powered by a small diesel engine, the aircraft’s body is made of Styrofoam, plastic, wood and aluminum profiles.

Since the development of this “air force” by the Syrian Islamist group was completely missed by Russian, Western and Middle East intelligence agencies, DEBKA Weekly’s sources report that they worked flat out to make up for lost time and track down its owners and assembly workshops, before this dangerous technology could spread further. Turkey was finally pinned down as the supplier.