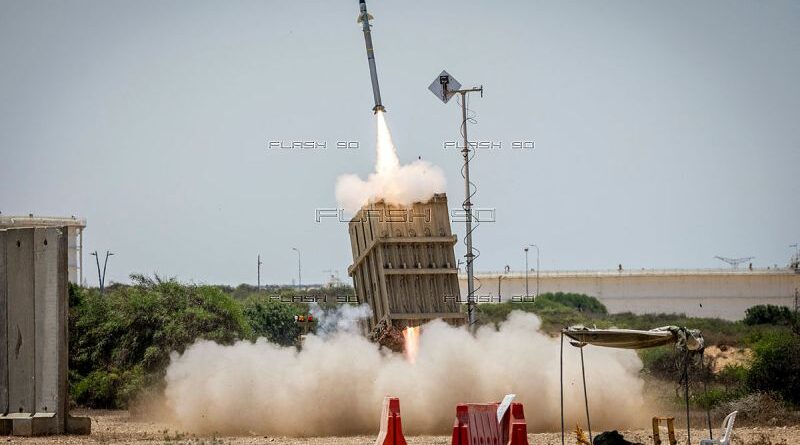 Following the ceasefire that went into effect Sunday night, Aug. 7, the first restrictions imposed on the communities abutting the Gaza Strip for six days were lifted Monday morning. Residents were free to move away from shelters, roads blocked since last Tuesday were reopened and the rail service between Sderot and Ashkelon was due to run again at midday.  Internal security minister Omer Barlev said that Israel had rejected all the Palestinian Islamic Jihad’s demands for a ceasefire, including the release of two high-profile West Bank members held in custody.

A few hours earlier, both sides were digging in for a drawn-out conflict. On Day Two of the IDF’s counter terror Operation Sunrise against the Palestinian Islamic Jihad (PIJ), the jihadists boasted after shooting 200 missiles: “We have not yet used our long-range rockets.” The Iron Dome defense system scored 95pc interceptions, conspicuously exhibiting major upgrades in its performance. Up until Saturday evening, the Palestinian rocket barrages missed their mark, except for damage to a house in Sderot, whose occupants stayed safe in their shelter.

Saturday evening saw the first rocket barrage against Tel Aviv. Although the IDF marked out a 80km radius safety zone from the Gaza Strip, including Tel Aviv, Jerusalem and the towns in between, the PIJ mostly refrained from aiming rockets at central Israel.

The same message came from Chief of Staff Lt. Gen. Aviv Kochavi on Saturday morning, when he forecast that the operation would last “a week at least” after the IDF called up 25,000 reservists. A wave of detentions of their top operatives on the West Bank preceded Operation Sunrise and continued Saturday with another 19 arrests, including the high-profile Najah Habayba, a former Israeli jail inmate.

The ultimate objective of the IDF operation is not yet clear. Caretaker Prime Minister Yair Lapid was no doubt taxed with this question when he briefed the opposition leader, former PM Binyamin Netanyahu, on Sunday. Will the military be satisfied with breaking the back of the PIJ’s military strength in the Gaza Strip and West Bank, thereby amputating one of Tehran’s primary terrorist arm against Israel before calling it a day? Will the group’s core be left crippled but able to function for another round when the operation ends? The latter appears to have happened, as the communities bordering on Gaza are complaining. “Better to finish the job,” they say, fearfully predicting another round.

Defense Minister Benny Gantz warned that the conflict would not be confined to the Gaza Strip but also reach Jihadist leaders “who sit in restaurants” in Tehran, Syria and Lebanon.

Hamas stayed outside the confrontation. Egypt’s diplomatic efforts to negotiate a ceasefire were first rebuffed by Jihad, whose leader, Ziyad Nahla on Saturday was then sitting down in Tehran with the commander of the Iranian Revolutionary Guards, Hossein Salami. Iranian Arabic language media reported that the two discussed “Israel’s aggression in the Gaza Strip” and ways of “fortifying Palestinian resistance.”

Nahla told reporters: “Our resistance will go on alongside other groups. We are capable of a delivering a fitting response to any blow.” Salami was quoted by Iranian TV as saying, ‘Israel will pay a heavy price for its aggression in Gaza.”