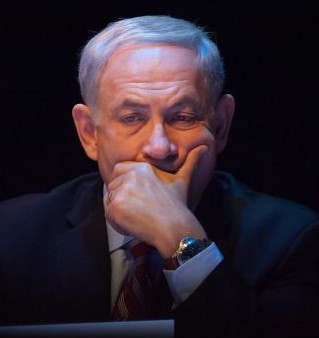 PM Binyamin Netanyahu called a top-level conference overnight Monday, Feb. 22, with defense, security and diplomatic officials on the prospect of the US returning to the 2015 nuclear deal with Iran for negotiations on such improvements as a ban on Iran’s ballistic missiles and end to destabilizing regional activities.

According to Kan broadcasting sources, Netanyahu found little support for the “confrontational” approach he urged on the issue; the Kachol Lavan defense and foreign ministers, Benny Gantz and Gaby Ashkenazi, as well as the chief of staff Lt Gen. Aviv Kochavi and some security chiefs were said to prefer sticking to dialogue with Washington.

Israel’s US/UN ambassador Gilead Erdan, who took part in the conference, said that ongoing talks with Biden administration officials were friendly and sympathetic to Israel’s concerns, chiefly that the nuclear deal as it stood enabled Iran to accumulate a nuclear arsenal. The ambassador added that, for the first time, Israel had the ear of the three European signatories to the nuclear deal, the UK, France and Germany.

The E-3 and the US hold to the position outlined on Monday by US Secretary of State Antony Blinken. The US will seek to strengthen and extend the original nuclear accord, he said in a pre-recorded speech to the UN sponsored Conference on Disarmament in Geneva. “The US remains committed to ensuring that Iran never acquires a nuclear weapon. Diplomacy is the best path to achieve that goal.”

In a jarring note from Tehran, supreme leader Ayatollah Ali Khamenei tweeted on Monday: “Iran’s enrichment limit will not be 20pc, and we will act to the point that is needed and the country requires,” adding that “we may bring enrichment to 60pc for nuclear propellants and other purposes.” The ayatollah also commented: “That international Zionist clown has said they won’t allow Iran to produce nuclear weapons. First of all, if we had any such intention, even those more powerful than him wouldn’t be able to stop us,”

Progressively scaling down its commitments to the accord, Iran had already notched up enrichment from the 3.7pc grade that was permitted to 20pc. Another step was taken on Tuesday, when Tehran formally quit the Additional Protocol, a key element of the 2015 accord, which authorized the IAEA watchdog to carry out snap inspections at suspicious sites.