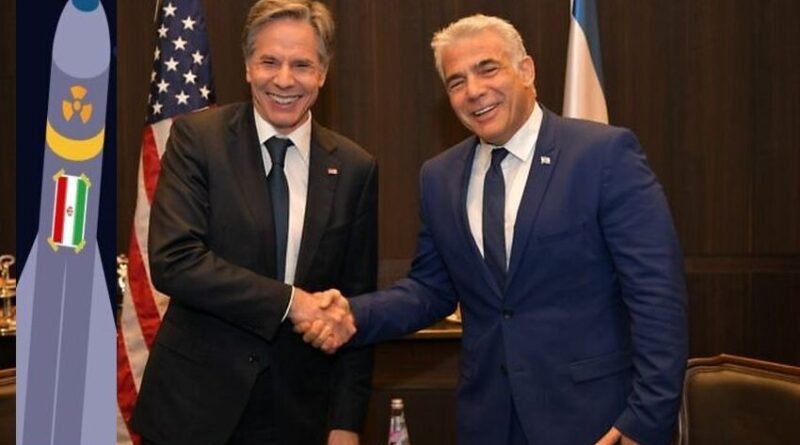 Israel’s big guns missed their aim this week in their highly publicized bid to extract from the Biden administration some support for military action against Iran should diplomacy fail. Following the letdown of the intensive talks Defense Minister Benny Gantz and Mossad Director David Barnea conducted with US security officials, Foreign Minister Yair Lapid had a go with Secretary of State Antony Blinken on Friday, Dec 10. Any sort of sanctions relief, he argued, would offer Iran the gift of extra funding for its terrorist operations and missile development. This would in no time upset the balance of power in the region.

Signifying that his argument was as ineffective as the points made by his colleagues to their US counterparts, a chastened Lapid said only that he had had “a good conversation” with the Secretary of State. This rounded off a pretty fruitless week for Israel’s drive for support for a proactive policy against Iran. The tactic employed by officials hosting their Israeli visitors was to listen politely to what they had to say, but not to budge an iota on the administration’s overriding objective of bringing the negotiations with Iran to a successful outcome.
A Pentagon denial followed a report by an anonymous US official that the US and Israel were set for a joint air drill over the Mediterranean Sea. at the same distance as Iran, to practice strikes against its nuclear infrastructure. The Pentagon commented drily that joint military exercises were a regular occurrence.

Defense Secretary Austin said about his meeting with Gantz that if current policy regarding Iran fails, US President Joe Biden had made it clear “we are prepared to turn to other options.” Those options were not spelled out, and so Gantz came away empty handed after high hopes for his mission.

A note of disappointment threaded through the defense minister’s subsequent comment: “Iran is building its military power in the west of the country to attack countries and forces in the Middle East in general and Israel in particular. We are prepared for any such attempt, and will do whatever it takes to protect our citizens and assets.” In addition, Gantz accused the Islamic Republic of training allies in the operation of armed drones, saying he’d told his US hosts about these efforts on Thursday.

The almost ritual declaration that the alliance with the US was the bedrock of Israel’s security was absent.

Word that Washington had quietly begun lifting some sanctions by turning a blind eye to the expansion of Iran’s oil exports, in defiance of the US embargo, further rubbed salt in Jerusalem’s disappointment. Indeed, to counter Israel’s pressure against any return to the 2015 deal with the world powers, the administration was represented at the Vienna diplomatic track that was resumed on Thursday, by the president’s special envoy for Iran Robert Malley, who is candid about his unfriendly view of Israel’s case: “The Biden administration is prioritizing diplomacy in its relationship with Tehran,” he said on arrival. “Reviving the Iran nuclear deal remains in the mutual interest of both countries.”

The interests of America’s allies were clearly not worthy of mention, any more than Iran’s tough pre-conditions for returning to the table, including the a priori lifting of sanctions.

In one respect, it should be said, Biden is following in the footsteps of his predecessors, George W. Bush, Barack Obama and Donald Trump, each of whom in their different ways were opposed to Israel resorting to military action for destroying Iran’s nuclear infrastructure. Prime Minister Naftali Bennett is therefore in the same boat as his predecessor, opposition leader Binyamin Netanyahu, whom he accused to leaving behind a “scorched earth” policy on a nuclear-armed Iran. The earmarking of $1.5bn as a special item for a campaign to smash Iran’s nuclear sites by the current government’s new state budget, was therefore premature. Bennett is unlikely to go against Washington on this score any more than Netanyahu did. He has little option but to follow his predecessor’s lead with unacknowledged clandestine sabotage operations to at least slow down Iran’s nuclear weapons program, while swallowing the potential concessions the Biden administration is expected to make to its archenemy, without jeopardizing their historic alliance.