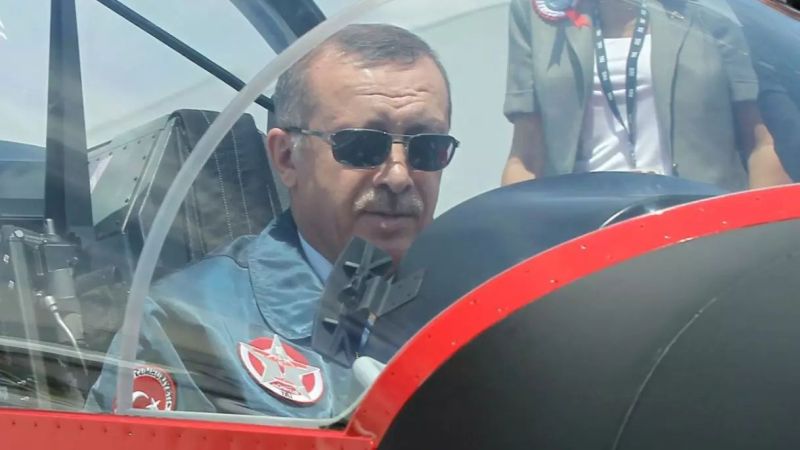 If the US Congress gets its way, Turkey will not receive the advanced American F-35 stealth fighter on June 21 as contracted. The decision is up to President Donald Trump after the House of Representatives on May 25 passed a bill on the Pentagon budget blocking the US Defense Secretary’s ability to approve this sale to Ankara, without a special report on its purchase of Russian-made S-400 missiles. Turkey has said it plans to order at least 100 F-35 jets.

The Capitol and various branches of the Trump administration are deeply divided on how to handle the authoritative President Tayyip Erdogan and his regime. Many lawmakers want to punish Turkey, including imposing sanctions, for as long as he is in power, because they view him as a deliberate bane for American national and security interests.

The White House, State Department and the Pentagon don’t dispute this, but favor giving Turkey time to cure itself of the “Erdogan malaise” and eventually replace him with a more positive leader. Conscious of the debate in Washington, the Turkish president goes out of his way to inflame it by piling on provocations against the US and the Western alliance. He became the first NATO member to purchase weapons from Russia when he signed the S-400 air defense missile contract with Moscow. He colludes with Tehran for busting US sanctions and attacking Israel. He orders American citizens to be thrown into jail like, for instance, Pastor Andrew Brunson, a member of the same church as US Vice President Mike Pence. Erdogan is frank about using the arrested Americans as bargaining chips for the extradition of the exiled Turkish Muslim cleric Fethullah Gulen exile, whom he accuses of engineering the failed plot against him in June 2016.

On May 23, Secretary of State Mike Pompeo testified to the US House Foreign Affairs Committee: “We continue to work to keep the Turkish in a place where they don’t actually acquire the S-400. I believe that they have not yet, and we are hopeful they will never take possession.” Asked if a decision had been made about Turkey’s purchase of F-35s, he replied in the negative.

On June 4, Turkish Foreign Minister Mevlut Cavusoglu is scheduled to meet Pompeo in Washington, after expressing confidence on May 29 that the administration would not block the F-35 sale, despite objections in Congress. “This is a substantial legal agreement that includes the joint production of some materials,” he said. “We have made our payments regularly and this has nothing to do with our procurement of S-400s.”

But two days earlier, the Turkish Yeni Safak media outlet reported that Ankara is considering buying Russian Su-57 jets if the F-35 sale is blocked. The paper noted that the Russian jets are a good alternative at nearly half the price of the American planes.

Meanwhile Turkey’s closest neighbors have stepped into the dispute. DEBKA Weekly’s military and intelligence sources report that Israel, Saudi Arabia and Greece are actively lobbying Pompeo, Defense Secretary Jim Mattis and national security adviser John Bolton to stop the sale. Israel has warned that the advanced F-35 with its high-tech avionic, electronic and surveillance systems, may eventually reach Iranian hands in the framework of the military and intelligence pacts concluded between Ankara and Tehran. The Saudis fear the US stealth plane would give Turkey’s air force a long arm for reaching the Red Sea arena, where it has acquired sea and air bases in Sudan, Qatar and Somalia – opposite Saudi oil export routes. Israel and Greece made a joint representation to US officials on the grounds that the American stealth plane would arm Turkey with the means for disrupting collaboration between their air forces and that of Cyprus in the eastern Mediterranean.

Washington is aware that the Russian Su-57 stealth plane is still undergoing tests and will not go into operational service for some years before wholesale production. Yet on May 25, Russian Defense Minister Gen. Sergei Shoigu pushed for this fifth-generation Russian plane’s sale to Turkey, confirming that it had already seen combat in February, when it launched the new stealth Kh-59MK2 cruise missile during a battle in Syria. Military sources in Damascus, which quoted Shoigu, disclosed that the attack had taken place against targets in the northern Hama region. Moscow pitched this incident as proof for Ankara that the Su-57 was ready to go into immediate operational service.

If the Erdogan government decides to purchase the Russian fighter, Turkey will acquire its second advanced Russian weapons system while still a member of NATO. This may be crunch time for Washington to decide where US policy stands on Turkey and its president.